For people in Sydney and parts of Blue Mountains/Hawkesbury and Wollondilly/Wingecarribee areas.

The Bureau of Meteorology warns that, at 7:05 pm, severe thunderstorms were detected on the weather radar near Camden, Campbelltown, Cobbity, Leppington, Oran Park and Warragamba. These thunderstorms are moving towards the northeast. They are forecast to affect Parramatta, Richmond, Horsley Park, Liverpool, Penrith and Riverstone by 7:35 pm and Hornsby, Sydney Olympic Park, Windsor, Glenorie, Ryde and Terrey Hills by 8:05 pm.

Heavy rainfall that may lead to flash flooding and damaging winds are likely. 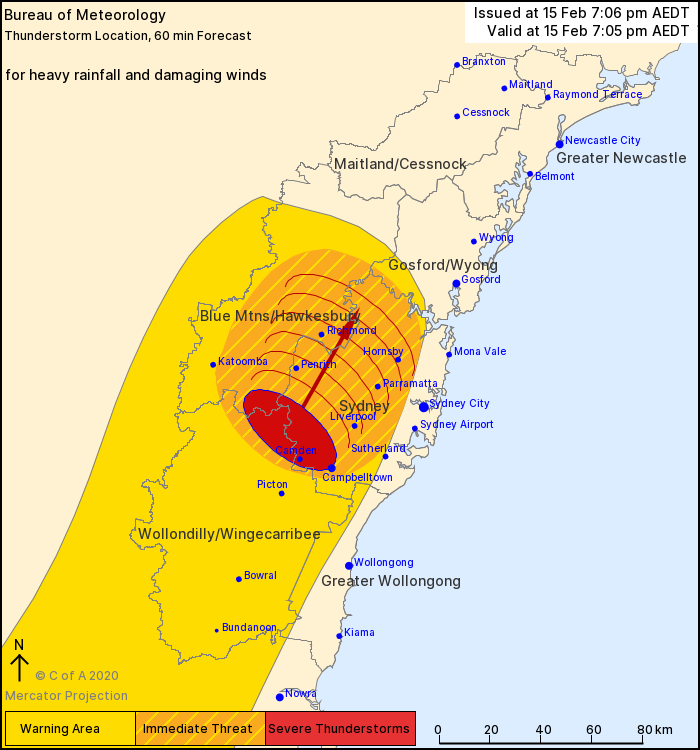