For people in parts of Blue Mountains/Hawkesbury area.

The Bureau of Meteorology warns that, at 1:30 pm, severe thunderstorms were detected on the weather radar near the Lithgow district and the Oberon district. These thunderstorms are moving towards the southeast. They are forecast to affect Blackheath and Katoomba by 2:00 pm and Hazelbrook, the Jamison Valley and the Blue Mountains south of Hazelbrook by 2:30 pm. 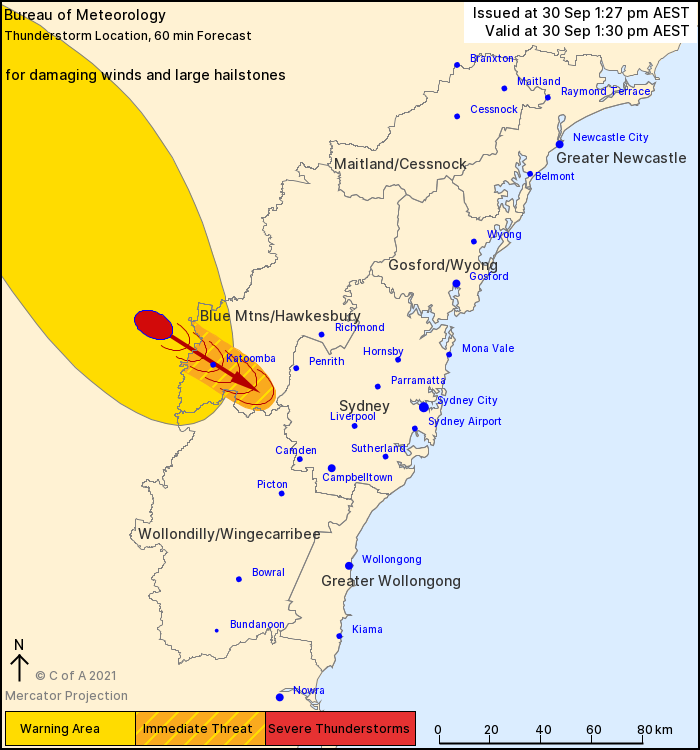