For people in parts of Maitland/Cessnock, Greater Newcastle and Gosford/Wyong areas.

Very heavy rainfall from a VERY DANGEROUS thunderstorm near Wyong.

Intense rainfall that may lead to dangerous and life-threatening flash flooding is likely.

The State Emergency Service advises that people should:
* Keep clear of creeks and storm drains.
* Don't walk, ride your bike or drive through flood water.
* If you are trapped by flash flooding, seek refuge in the highest available place and ring 000 if you need rescue.
* Unplug computers and appliances.
* Avoid using the phone during the storm.
* Stay indoors away from windows, and keep children and pets indoors as well.
* For emergency help in floods and storms, ring the SES (NSW and ACT) on 132 500. 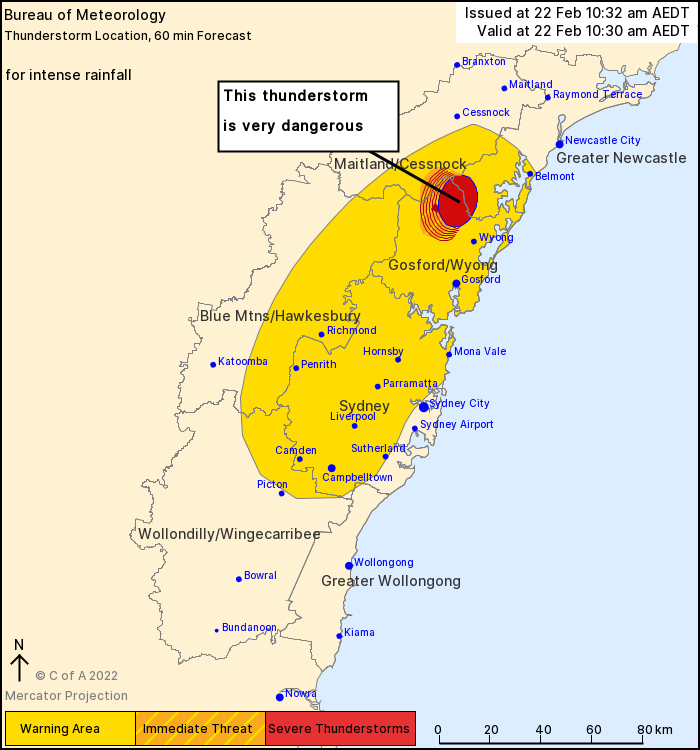