Heavy rainfall has been recorded over the central and southern NSW coast since Wednesday evening and has resulted in minor to major flooding. This rainfall is expected to continue over the Metropolitan Sydney, Illawarra and parts of the South Coast and Southern Tablelands over the next 12 -24 hours and may cause minor flooding in the Central Coast, Shoalhaven, Clyde and Moruya Rivers from Thursday afternoon into Friday.

Catchments in the flood watch areas are wet from recent rainfall.

A severe weather warning is current for heavy rainfall for the Metropolitan, Illawarra, South Coast and parts of Hunter, Central Tablelands and Southern Tablelands Forecast Districts.

Flooding is possible in the catchments listed from Thursday into Friday. Flood classes (minor, moderate, major) are only defined for catchments where the Bureau provides a flood warning service. The situation is being actively monitored and updated flood watches and warnings will be issued where necessary over the coming days.

Flood warnings are current for the Hawkesbury and Nepean Rivers, Georges and Woronora, Cooks, Richmond, Orara, Paroo, Culgoa, Birrie, Bokhara and Narran, Snowy (Vic), and Macintyre River (Qld) Rivers. Flooding is no longer expected in the Macquarie River to Bathurst and Queanbeyan Rivers. 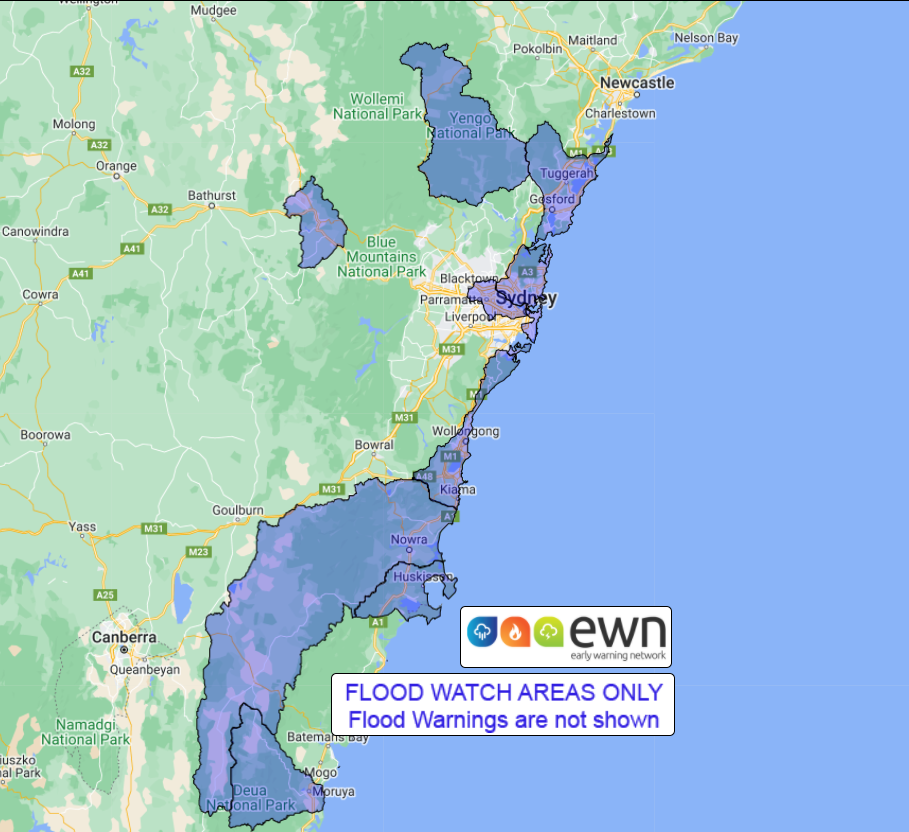