FLOODING POSSIBLE FOR NSW COASTAL RIVERS FROM SYDNEY TO MORUYA

From late Sunday into Tuesday, rainfall associated with a low pressure system has the potential to cause local and minor riverine flooding along coastal rivers from Sydney to Moruya. Rivers where minor flooding is possible include, the Upper Nepean and Georges Rivers in Sydney, as well as St Georges Basin and Shoalhaven, Moruya and Deua Rivers in the Illawarra and South Coast.

Flooding is also possible in the Snowy River during Monday. There is flood watch current for Snowy, Bemm, Cann and Genoa Rivers in Victoria.

A low pressure system is forming off the NSW north coast, and is expected to move southwards during Sunday and Monday, before moving off into the Tasman Sea later on Tuesday. This system is expected to bring heavy rainfall to the coast, mainly focussed south of Port Stephens.

The weather system is expected to cause flooding for the catchments listed from late Sunday onwards. 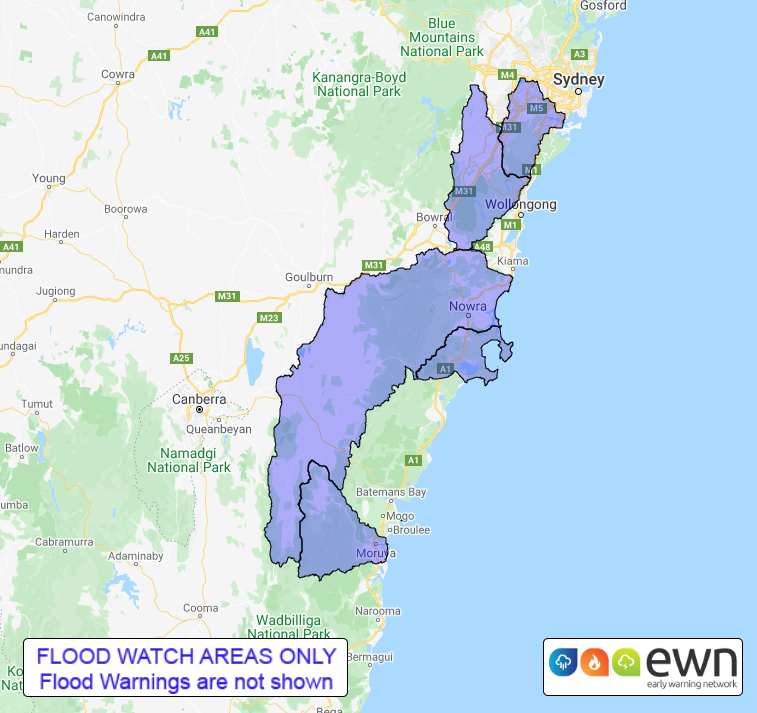