A trough lying along central and northern parts of the New South Wales coast is bringing persistent rain to many areas. This trough is expected to deepen and gradually extend into the southern coast later today and Sunday.

There is potential for very heavy (torrential) rainfall for the Central Coast, Sydney Metropolitan, Illawarra and eastern parts of the Central Tablelands (including the Blue Mountains) districts, particularly overnight tonight.

The location of the heaviest rain will be determined by the movement and strength of the coastal trough, and the development of any transient low pressure circulations embedded within it.

Further heavy rainfall is also possible over parts of the north coast.

Coastal catchments within northern parts of the coast are relatively wet due to recent rainfall in the last fortnight.

The weather system has the potential to cause flooding for the catchments listed from later Saturday onwards. Flood Classes (minor, moderate, major) are only defined for catchments where the bureau provides a flood warning service.

Catchments likely to be affected include:
Tweed and Rouse Rivers
minor flooding

Flood warnings are current for the Paroo River, Orara River and Tuggerah Lake 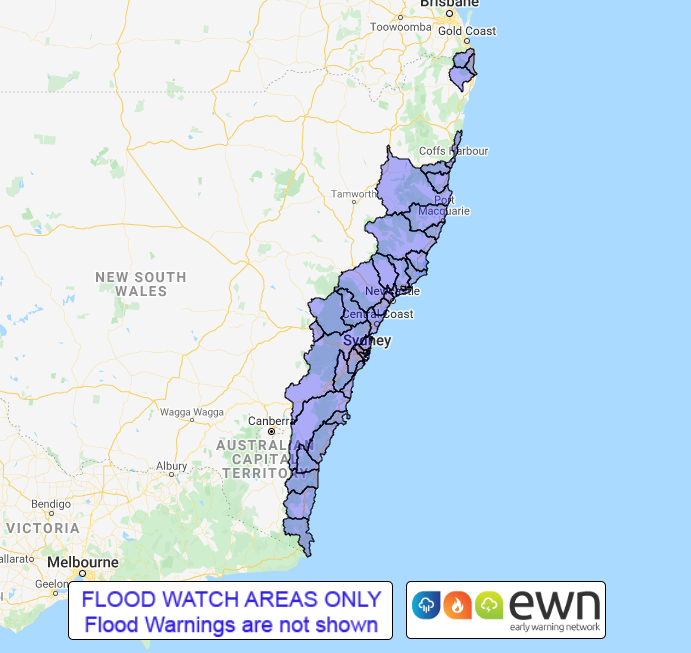