Intense rainfall has fallen over the parts of the NSW Northern Rivers overnight Tuesday into Wednesday with further heavy rainfall forecast as a low pressure system moves slowly to the south. Areas impacted will include the NSW coastal catchments along the Northern Rivers, Mid North Coast to Newcastle for the remainder of Wednesday into Thursday.

Minor flooding is possible in the Myall River and Wallis Lake depending on the amount of rain that falls over the next 24 to 48 hours.

Flooding is possible in the catchments listed from Wednesday. Flood classes (minor, moderate, major) are only defined for catchments where the Bureau provides a flood warning service. The situation is being actively monitored and updated flood watches and warnings will be issued where necessary over the coming days. 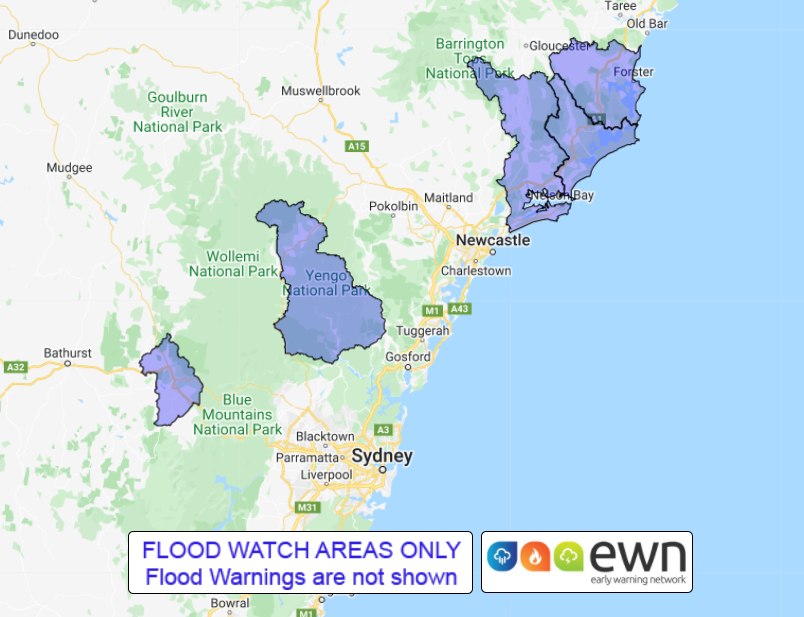