MODERATE TO MAJOR FLOODING POSSIBLE IN THE WILSONS, RICHMOND AND CLARENCE RIVERS FROM SUNDAY

Flood warnings are current for the Wilsons, Richmond, and Clarence Rivers.
Heavy rainfall is forecast from late Saturday into Sunday and Monday may cause renewed river rises with Moderate to Major flooding possible. This will impact communities including Lismore and Grafton.

A surface trough over southeast Queensland is forecast to deepen into a low pressure system in response to a strong upper low Saturday night. This low is expected to track southward into north eastern New South Wales on Sunday producing heavy rainfall with embedded thunderstorms.

A Severe Weather Warning has been issued for the Northern Rivers and parts of Mid North Coast and Northern Tablelands Forecast District.

The weather system is expected to cause flooding for the catchments listed from late Saturday into Sunday. Flood classes (minor, moderate, major) are only defined for catchments where the Bureau provides a flood warning service. 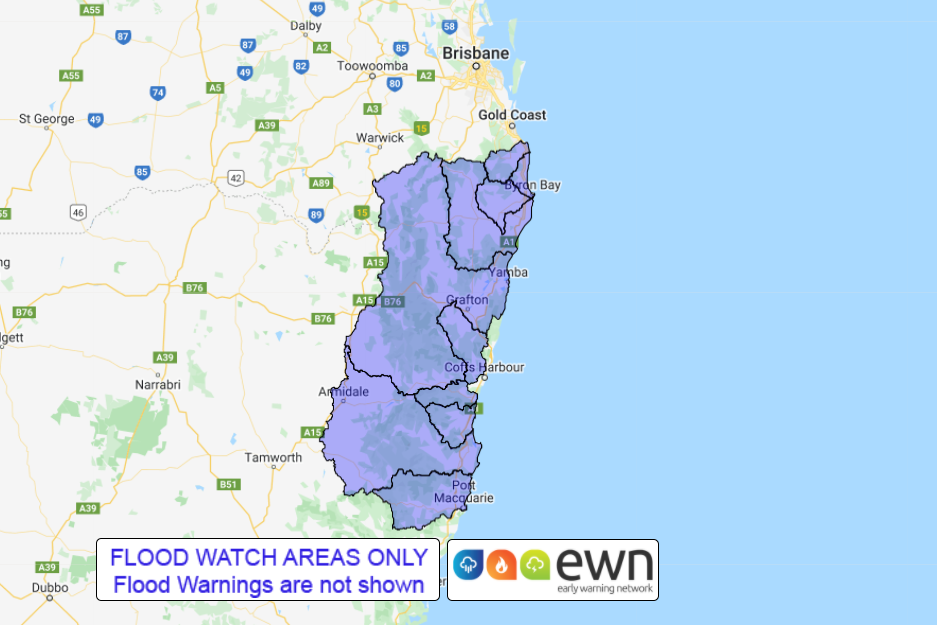