MINOR FLOODING POSSIBLE IN THE BELUBULA AND BELL RIVERS FROM THURSDAY

Moderate to heavy rainfall associated with a low pressure system has potential to cause minor flooding in the Central West and South West River catchments along the Belubula and Bell Rivers from Thursday. Minor flooding is possible in the Upper Murray from late Wednesday.

Showers and storms are expected in NSW for the remainder of the week.

The Bureau is continuing to monitor the situation and will issue further catchment specific warnings if and when required.

A flood watch for the Upper Murray and Mitta Mitta Rivers is current in Victoria, see www.bom.gov.au/vic/warnings/ for further details. 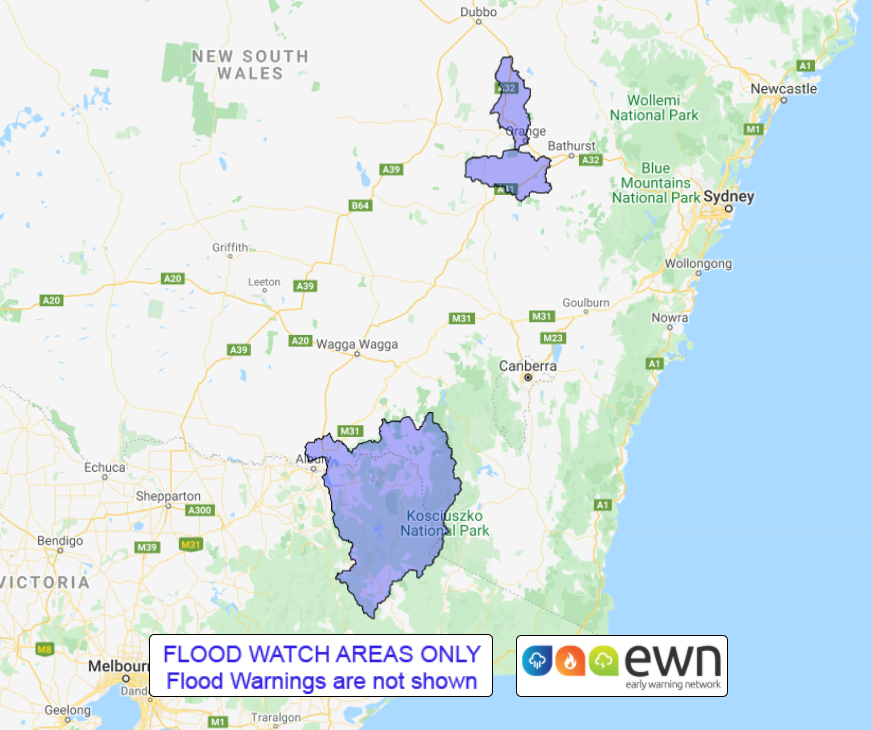