A strong upper trough and associated cut-off low will move slowly eastward across the southern and southeastern interior of Queensland during Wednesday and Thursday. A surface trough near the northeast coast of New South Wales is deepening in response to this upper weather system. The surface trough is forecast to remain slow-moving into Thursday, producing areas of heavy rainfall with embedded thunderstorms.

This rainfall has the potential to cause minor flooding in the Northern Rivers and Mid North Coast from late Wednesday into Thursday and Friday.

A Severe Weather Warning has been issued for the Northern Rivers and parts of the Northern Tablelands Forecast District.

The weather system is expected to cause flooding for the catchments listed from late Wednesday. Flood classes (minor, moderate, major) are only defined for catchments where the Bureau provides a flood warning service.

Flood warnings are current in the following catchments: Paroo and Lachlan. 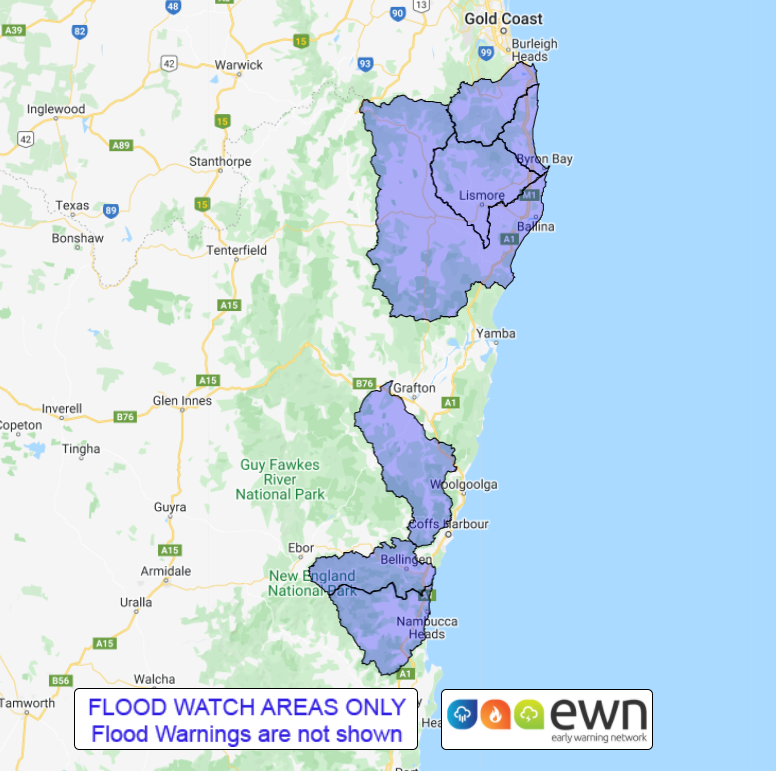