POSSIBLE FLOODING FOR PARTS OF THE HUNTER, CENTRAL COAST AND SYDNEY RENEWED FLOODING FOR CURRENT WARNINGS FOR THE WILSONS, RICHMOND, CLARENCE, HAWKESBURY AND NEPEAN RIVERS

Rain and possible thunderstorms are forecast across central and possibly south eastern districts on Thursday. This rainfall may bring flooding to parts of Mid North Coast and Hunter and cause renewed river level rises to areas already impacted by flooding.

The weather system is expected to cause local and riverine flooding for the parts of the Hunter, Central Coast and Greater Sydney during Thursday. Flood classes (minor, moderate, major) are only defined for catchments where the Bureau provides a flood warning service. 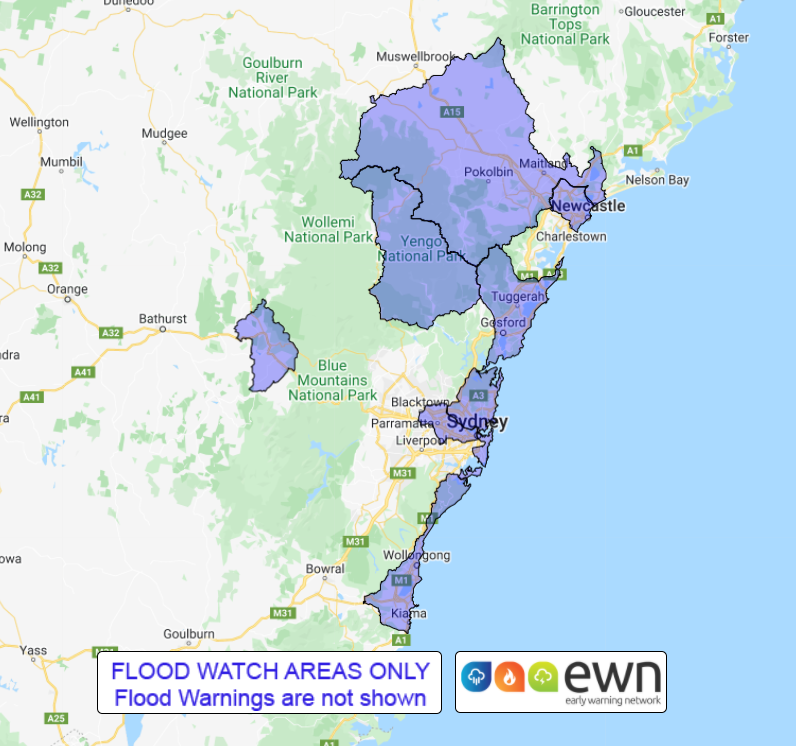