NSW Flood Watch: Parts of the Mid North Coast to the Illawarra

Heavy rainfall is forecast to develop through central parts of the NSW coast from the Illawarra to southern parts of the Mid North Coast during Saturday.
The heavy rain may cause minor to moderate flooding and is expected to intensify further in the new week with major flooding possible.

Whilst heavy rainfall is expected for several days from Saturday through to Tuesday it is difficult to predict with precision the timing and location of the heaviest rainfall and flood impacts, as the trough system expected to produce the heavy rainfall has not yet formed.

Water storages are near capacity.

The weather system is expected to cause flooding for the catchments listed from later Saturday. Flood Classes (minor, moderate, major) are only defined for catchments where the Bureau provides a flood warning service. 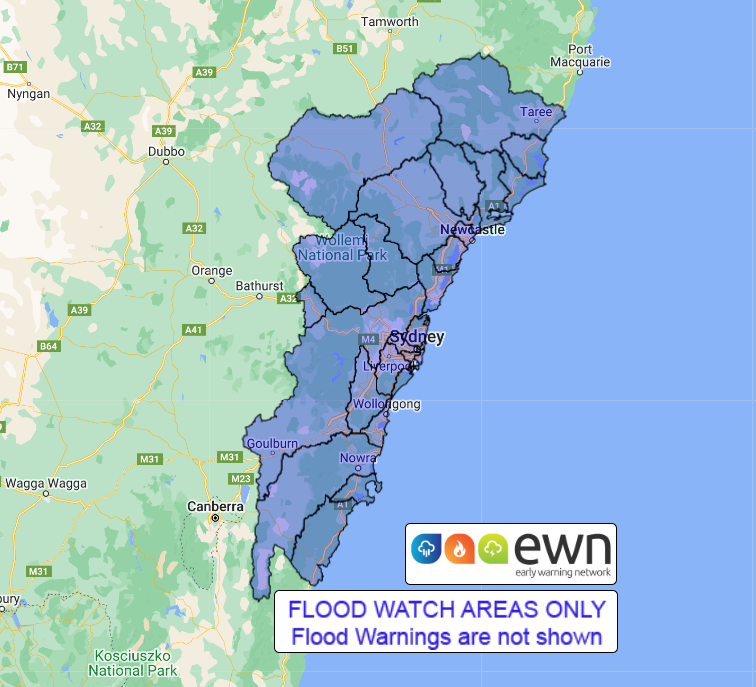