FLOODING POSSIBLE FOR THE TUMUT, UPPER MACINTYRE AND GWYDIR RIVERS

A series of troughs approaching from the southwest of New South Wales is expected to bring moderate rainfall to the south western slopes from Wednesday and to the north west slopes and plains from Thursday.

The weather system may cause local and riverine flooding for the Tumut River from Thursday and from Friday for other catchments listed as the weather system moves east. Flood Classes (minor, moderate, major) are only defined for catchments where the Bureau provides a flood warning service. 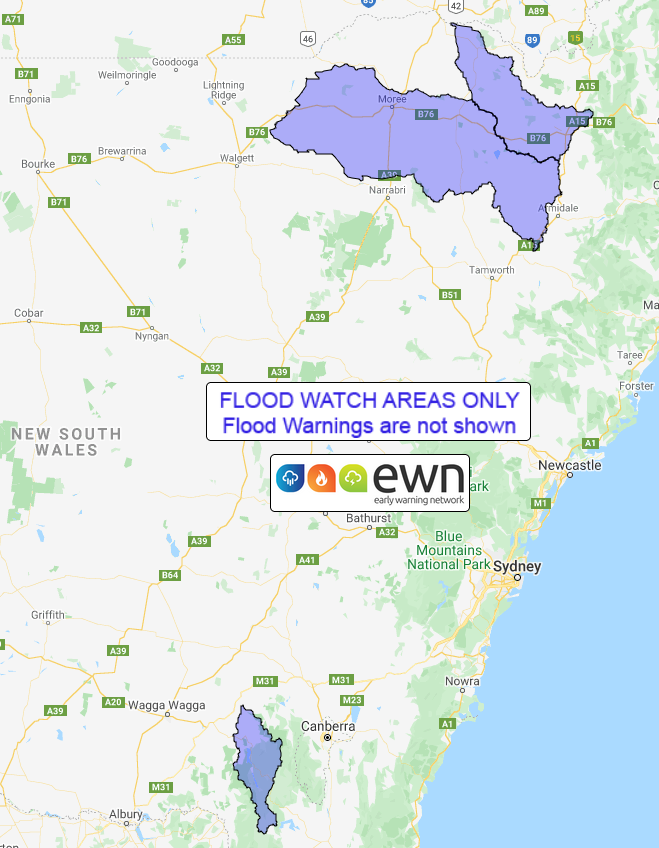