Severe thunderstorms and gusty showers may produce Damaging Winds in the warning area over the next several hours. Locations which may be affected include Taree, Tamworth, Bulahdelah, Barrington Tops, Wingham, Nelson Bay, Dungog, Murrurundi, Yarrowitch, Walcha, Quirindi and Tambar Springs.

Small hail is also possible but unlikely to be severe. 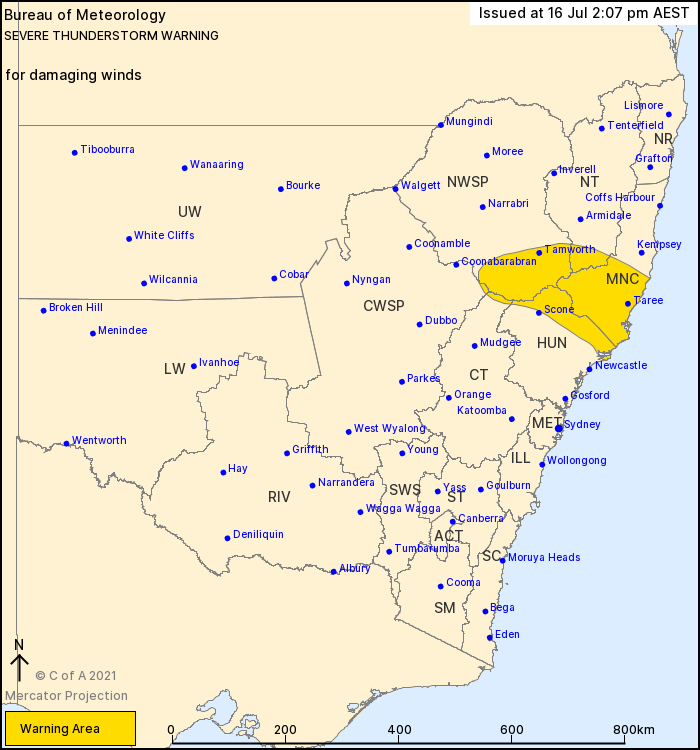