For people in Riverina and parts of Lower Western Forecast Districts.

Severe thunderstorms are likely to produce damaging winds in the warning area over the next several hours. Locations which may be affected include Albury, Deniliquin, Griffith, Hay, Narrandera, Broken Hill, Ivanhoe, Menindee, Balranald, Jerilderie, Hillston and Darlington Point.

Yunta in South Australia recorded 93 km/h at around 04:15 pm EST 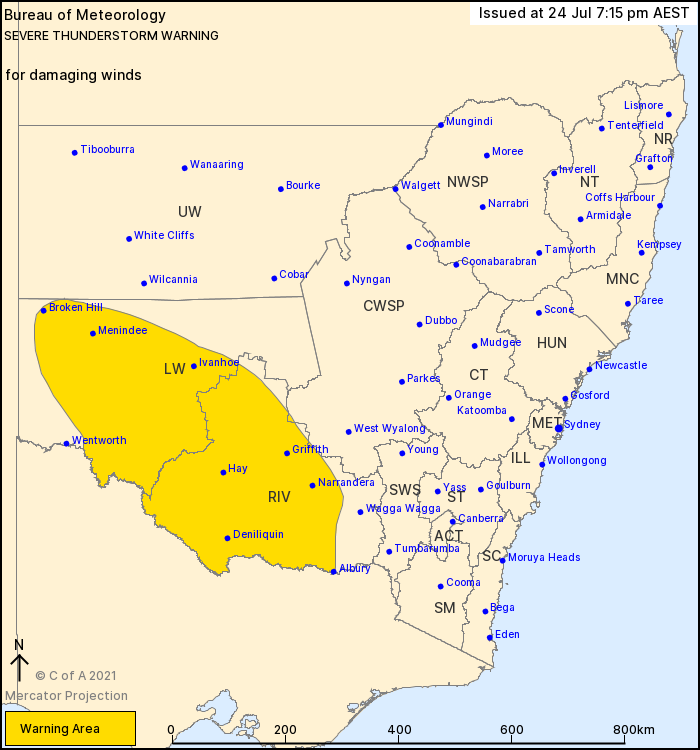