Weather Situation: A vigorous cold front is moving across the southwest of NSW with thunderstorms associated.

Severe thunderstorms are likely to produce damaging winds in the warning area over the next several hours. Locations which may be affected include Wagga Wagga, Albury, Tumbarumba, Deniliquin, Griffith, Hay, Young, Narrandera, Cobar and Ivanhoe.

Yunta in South Australia recorded 93 km/h at around 04:15 pm EST 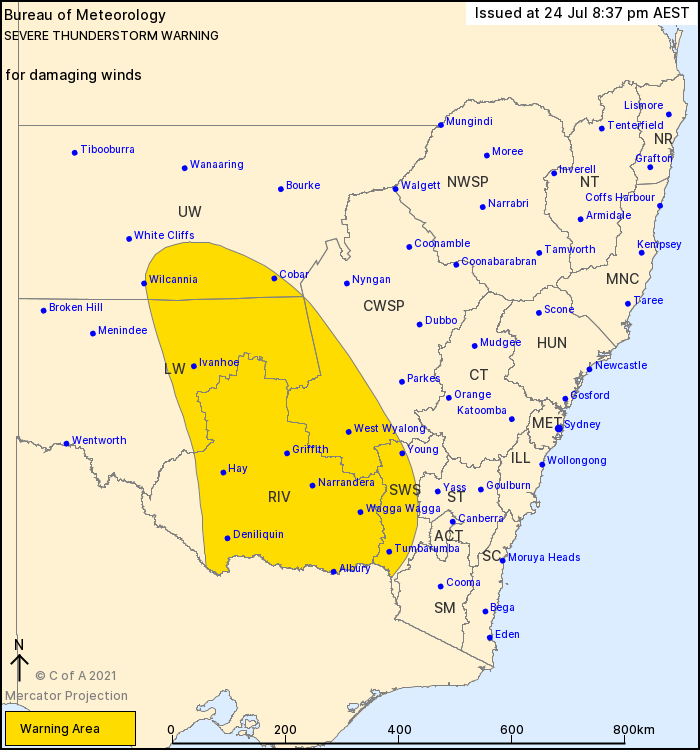