For people in Metropolitan and parts of Illawarra Forecast Districts.

Severe thunderstorms are possible between Gosford and Wollongong.

Weather Situation: An upper low over the area will combine with a shear zone to support thunderstorm development over the next few hours.

Severe thunderstorms are likely to produce damaging winds and heavy rainfall that may lead to flash flooding in the warning area over the next several hours. Locations which may be affected include Sydney, Penrith, Parramatta and Campbelltown. 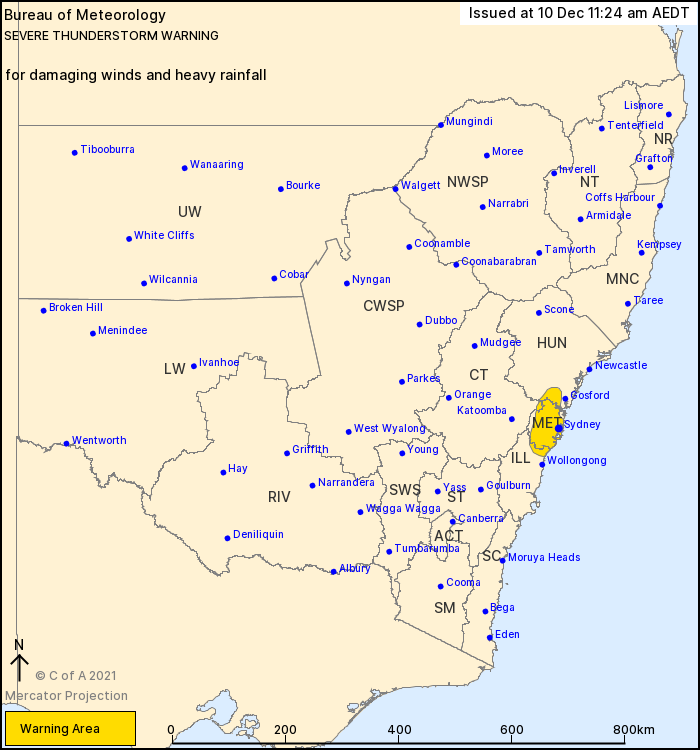