Weather Situation: A trough lies through northwestern New South Wales, a very moist airmass to its south and east.
Severe thunderstorms are likely to produce damaging winds and heavy rainfall that may lead to flash flooding in the warning area over the next several hours. Locations which may be affected include Wanaaring.
Borrona Downs recorded 44mm in the hour up to 4:30pm local. 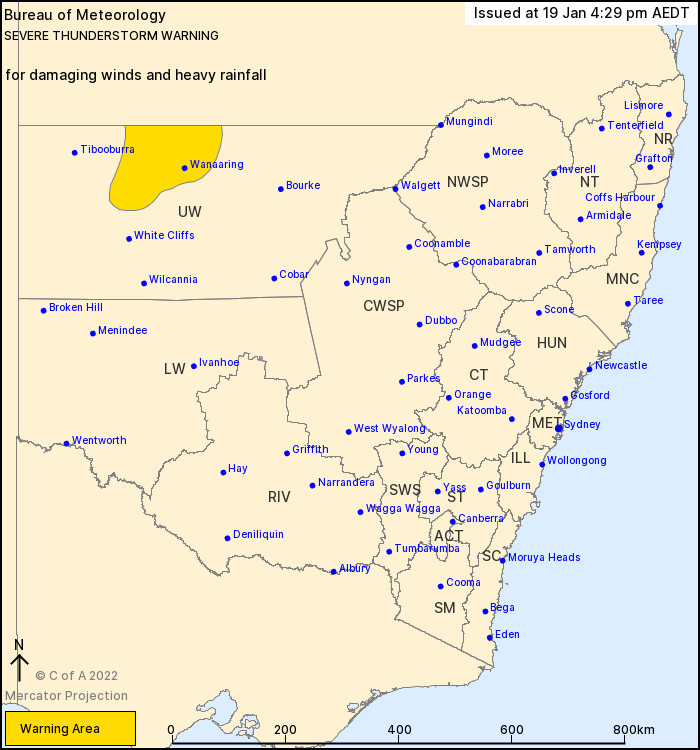