A line of severe thunderstorms with damaging winds is moving east over central inland NSW.

Weather Situation: A low over southern inland NSW extends a cold front northwards over inland parts of the state, with relatively moist and unstable air to its east. This system will move rapidly eastwards through the remainder of today. An upper level trough will produce strong winds in the upper atmosphere, enhancing the potential for severe storms from now into the evening.

Severe thunderstorms are likely to produce damaging winds in the warning area over the next several hours. Locations which may be affected include Orange, Mudgee, Bathurst, Katoomba, Canberra, Goulburn, Yass, Dubbo and Parkes.

Severe thunderstorms are no longer occurring in the Riverina and Lower Western districts and the warning for these districts is CANCELLED. 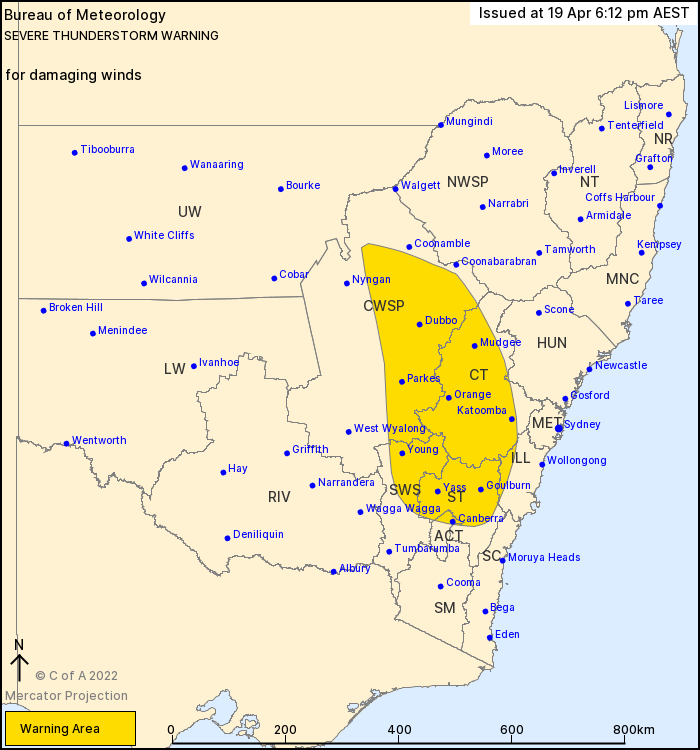