Thunderstorms with damaging winds and heavy rainfall are occurring over northern parts of NSW.

Weather Situation: Thunderstorms with damaging winds and heavy rainfall are continuing in parts of the Northwest Slopes and Plains and the Northern Tablelands.

Severe thunderstorms are likely to produce heavy rainfall that may lead to flash flooding and damaging winds in the warning area over the next several hours. Locations which may be affected include Gunnedah, Dubbo, Coonabarabran, Dorrigo, Dunedoo and Gilgandra.

A Severe Weather Warning is also current for much of coastal NSW for Damaging Winds, Heavy Rainfall, Abnormally High Tides and Damaging Surf.

44mm has fallen at Coonabarabran 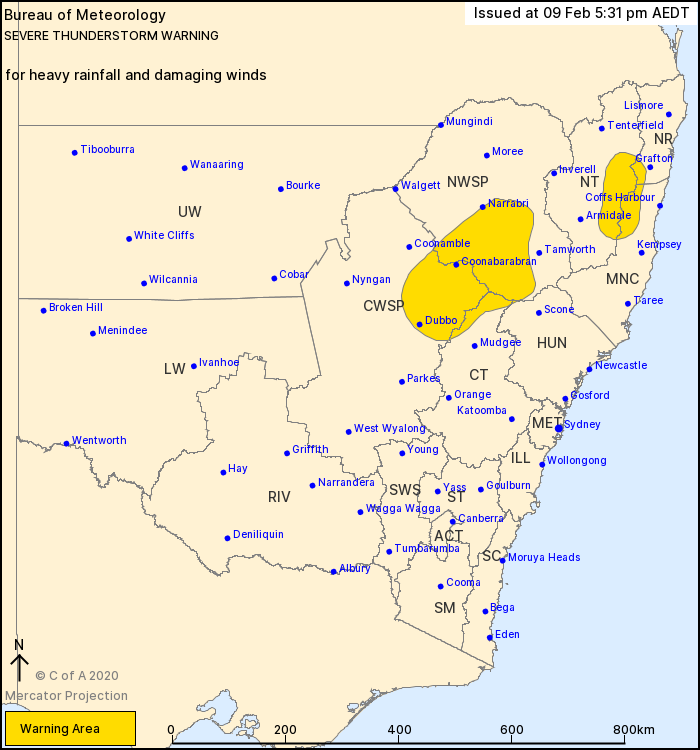