Weather Situation: A humid easterly airstream is feeding into a pair of low-pressure troughs; one located offshore and another inland. This pattern is bringing unsettled weather across NSW resulting in localised heavy rainfall with thunderstorm activity this evening, extending into the overnight period.

Severe thunderstorms are likely to produce heavy rainfall that may lead to flash flooding in the warning area over the next several hours. Locations which may be affected include Lismore, Grafton, Coffs Harbour, Armidale, Tenterfield, Tamworth, Gunnedah, Moree, Narrabri, Walgett, Dorrigo and Lightning Ridge.

Severe thunderstorms are no longer occurring in the Central Tablelands district and the warning for this district is CANCELLED. 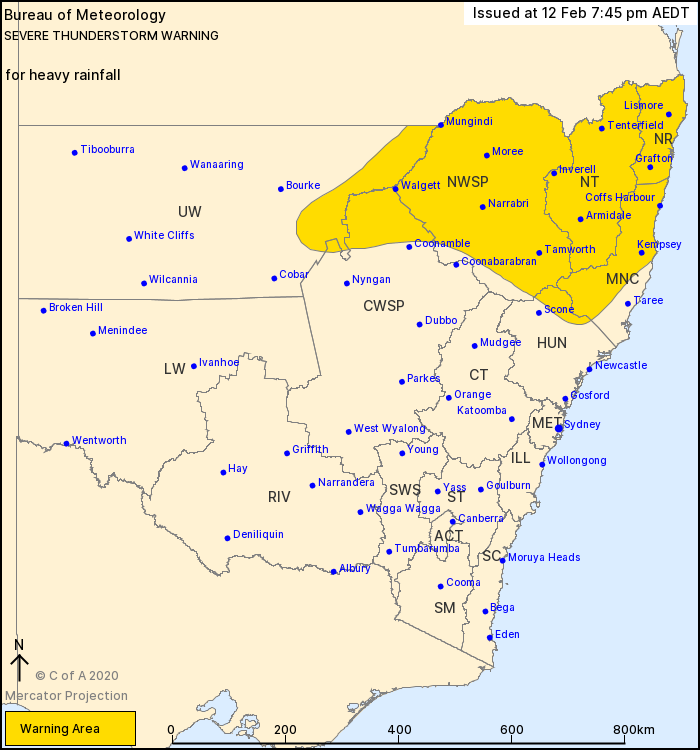