Slow-moving thunderstorms/showers with heavy rain in northeast and southern inalnd.

Severe thunderstorms or convective showers are likely to produce heavy rainfall that may lead to flash flooding over the next several hours in the Northern Rivers, Northern Tablelands and parts of the Mid North Coast and North West Slopes and Plains districts. Locations which may be affected include Lismore, Armidale, Tenterfield, Tamworth, Gunnedah and Narrabri.

Severe thunderstorms are likely to produce heavy rainfall that may lead to flash flooding over the next several hours in parts of the South West Slopes, Snowy Mountains and Australian Capital Territory districts. Locations which may be affected include Mount Ginini, Tidbinbilla, Charlotte Pass, Cabramurra, Selwyn and Khancoban.

Severe thunderstorms are no longer occurring in the Hunter district and the warning for this district is CANCELLED. 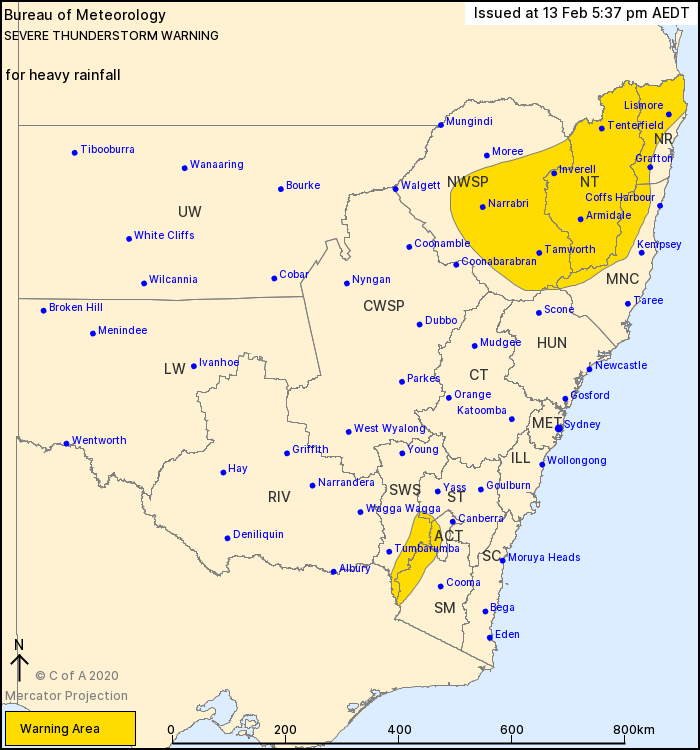