Heavy rainfall with thunderstorms embedded within a rainband

A rainband is moving across western New South Wales, with some locally heavy rainfall associated with embedded thunderstorms.

Severe thunderstorms are likely to produce heavy rainfall that may lead to flash flooding in the warning area over the next several hours. Locations which may be affected include Cobar, Bourke, Wilcannia, White Cliffs, Brewarrina and Fords Bridge. 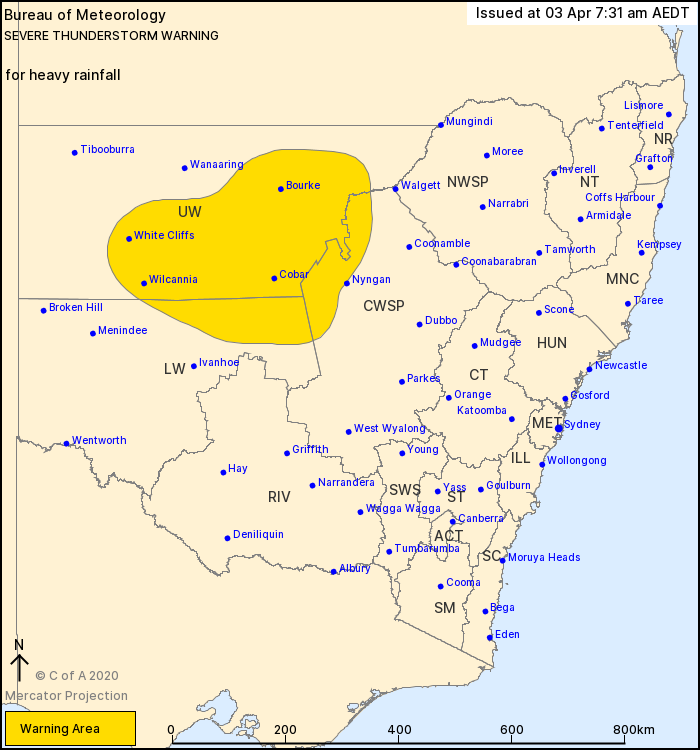