For people in parts of Mid North Coast Forecast District.

Heavy rainfall over parts of the Mid North Coast with showers and thunderstorms.

Weather Situation: A trough of low pressure is pushing north along the NSW north coast, resulting in slow-moving showers and thunderstorms.

Severe thunderstorms are likely to produce heavy rainfall that may lead to flash flooding in the warning area over the next several hours. Locations which may be affected include Kempsey, Urunga, Bellingen, Nambucca Heads and Macksville. 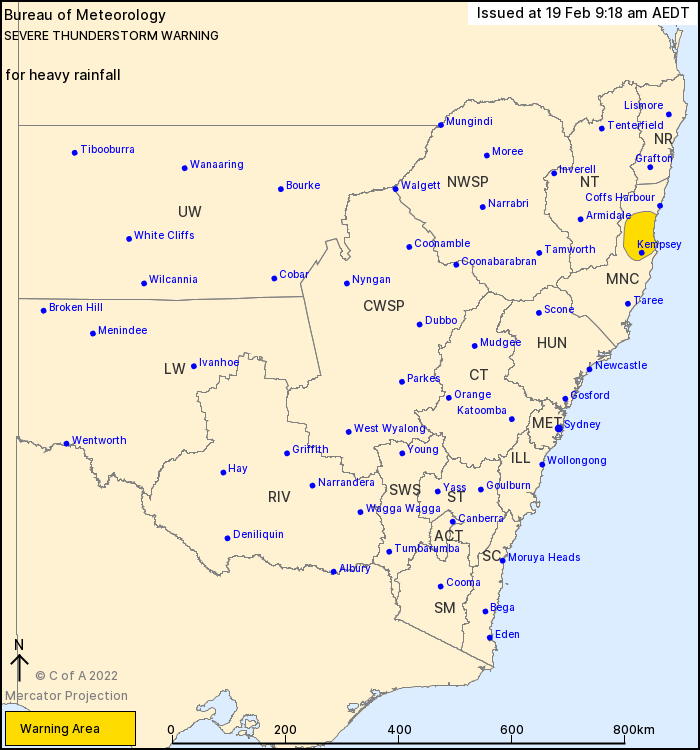