For people in parts of Northern Rivers and South Coast Forecast Districts.

Heavy rainfall accumulations in the northeast, also near Ulladulla.

Weather Situation: A convergence zone offshore is training heavy stream showers on to coastal areas in the northeast, also around the Ulladulla area. These showers are expected to continue for the next several hours.

Severe thunderstorms are likely to produce heavy rainfall that may lead to flash flooding in the warning area over the next several hours. Locations which may be affected include Lismore, Mullumbimby, Byron Bay, Ballina, Alstonville and Brunswick Heads. 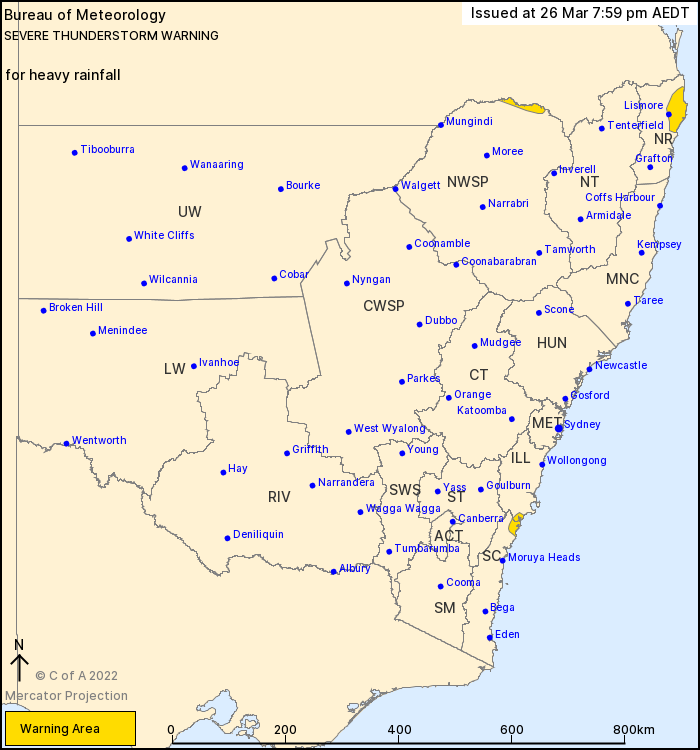