Weather Situation: A surface trough over inland northern NSW is combining with an upper trough in west of the state, and is expected to produce severe thunderstorms this evening. Thunderstorms are already occurring in the warning area, with the risk of heavy rainfall continuing through this evening.

Severe thunderstorms are likely to produce heavy rainfall that may lead to flash flooding in the warning area over the next several hours. Locations which may be affected include Grafton, Tenterfield, Moree, Tabulam, Ulmarra and Bellata.

Baryulgil (northwest of Grafton) recorded 43mm of rainfall in the one hour to 6:15pm. 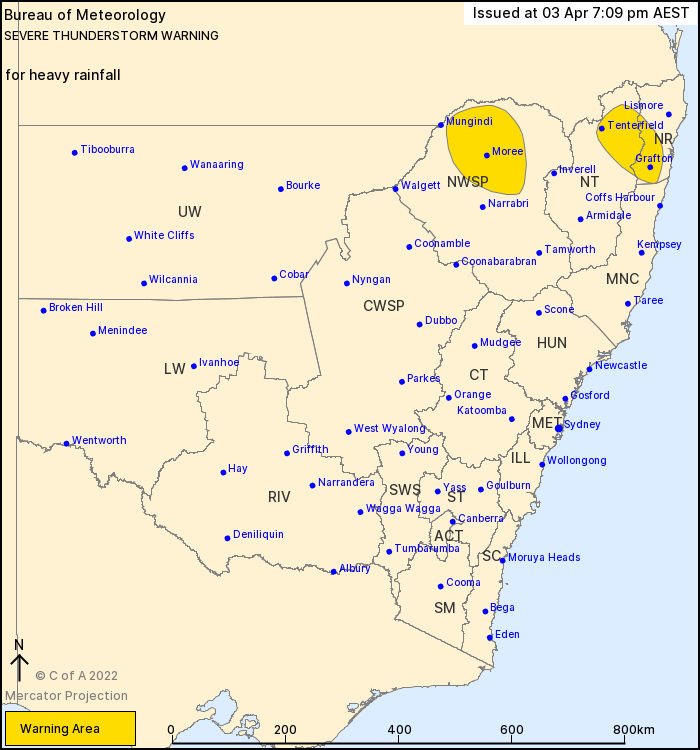