Weather Situation:
Slow moving thunderstorms are developing over inland NSW in proximity to a surface trough, these slow moving storms are being enhanced by the presence of an upper low moving across southwestern NSW today. 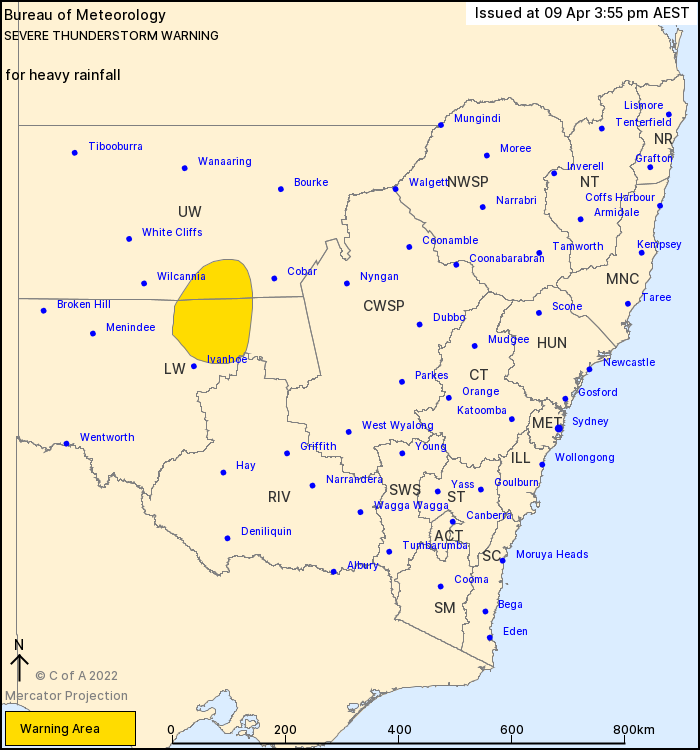