Issued at 3:55 pm Monday, 7 March 2022.
INTENSE RAINFALL WITH STORMS IN THE HUNTER AND MID NORTH COAST

Weather Situation: An upper low over northeastern NSW is bringing a band of storms onto the Mid North Coast and through the Hunter, causing locally intense falls.

Severe thunderstorms are likely to produce intense rainfall that may lead to dangerous and life-threatening flash flooding in the warning area over the next several hours. Locations which may be affected include Taree, Scone, Wingham, Muswellbrook, Merriwa and Dungog.
Heavy rainfall increases the potential for landslides and debris across roads. 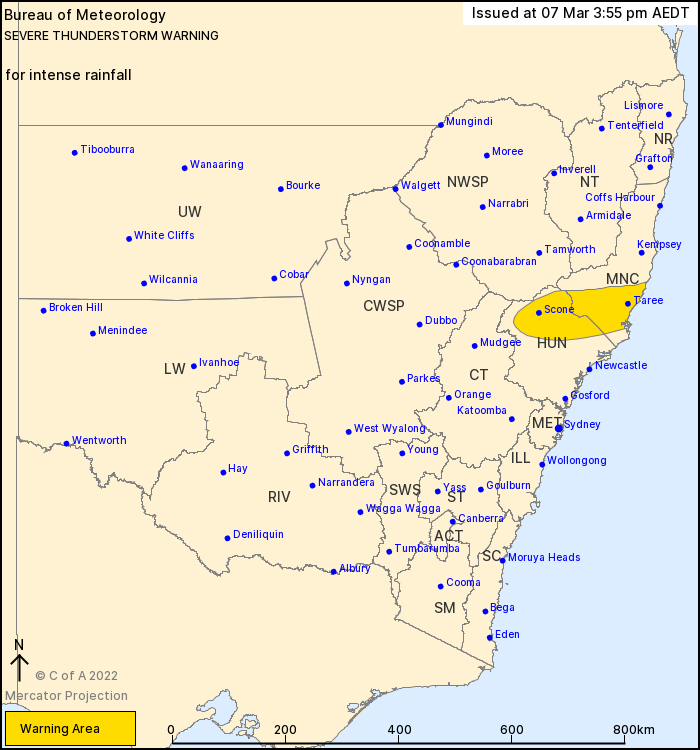