Weather Situation: A developing low pressure system off the northeast coast is driving a moist and unstable airmass over northeast NSW. An upper trough is enhancing thunderstorm development tonight, leading to intense rainfall.

Severe thunderstorms are likely to produce intense rainfall that may lead to dangerous and life-threatening flash flooding in the warning area over the next several hours. Locations which may be affected include Lismore, Mullumbimby, Byron Bay, Ballina and Alstonville.

120mm has been recorded at Alstonville in the three hours to 11:15pm. 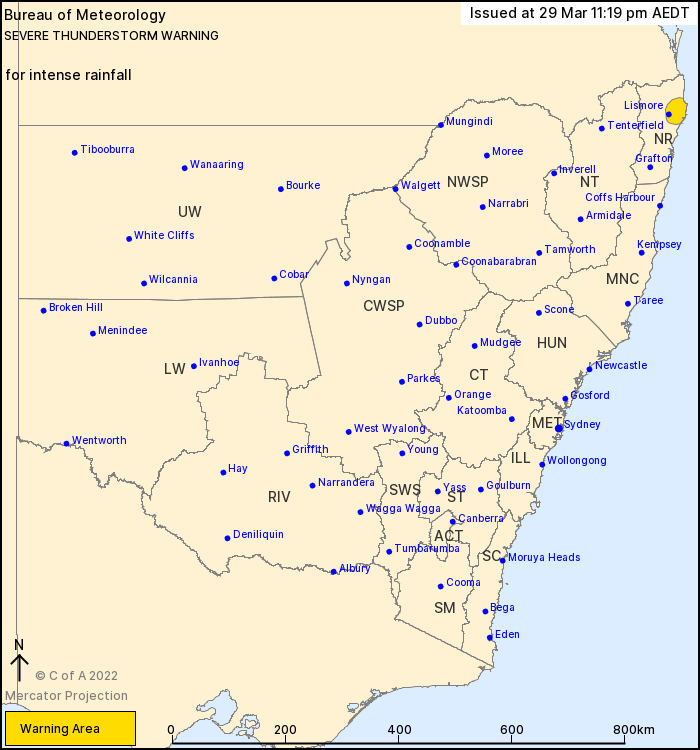