For people in Mid North Coast and parts of Hunter, North West Slopes and Plains and Northern Tablelands Forecast Districts.

Weather Situation:
Severe thunderstorms are likely to produce damaging winds over the next several hours in the Mid North Coast and parts of the Hunter, North West Slopes and Plains and Northern Tablelands districts. Locations which may be affected include Port Macquarie, Taree, Armidale, Bulahdelah, Wingham, Yarrowitch, Guyra, Walcha, Uralla, Tingha, Bundarra and Bendemeer.

Severe thunderstorms are likely to produce large hailstones and damaging winds over the next several hours in parts of the Mid North Coast district. Locations which may be affected include Coffs Harbour, Kempsey, Woolgoolga, Sawtell, Urunga, Bellingen, Dorrigo, Glenreagh, Nambucca Heads and Macksville. 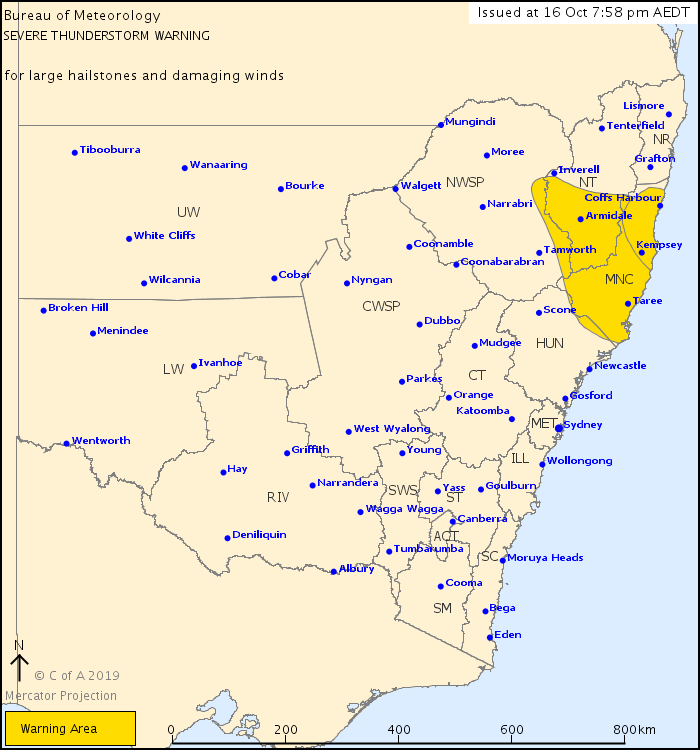