STORMS WITH HEAVY BURSTS OF RAIN

Weather Situation: A slow-moving low pressure trough over inland NSW combined with moist conditions throughout the state will bring thunderstorms to NSW today.

Severe thunderstorms are likely to produce heavy rainfall that may lead to flash flooding, large hailstones and damaging winds in the warning area over the next several hours. Locations which may be affected include Penrith, Parramatta, Campbelltown, Katoomba, Cooma, Springwood, Bilpin, Araluen, Captains Flat, Jindabyne, Bredbo and Nimmitabel. 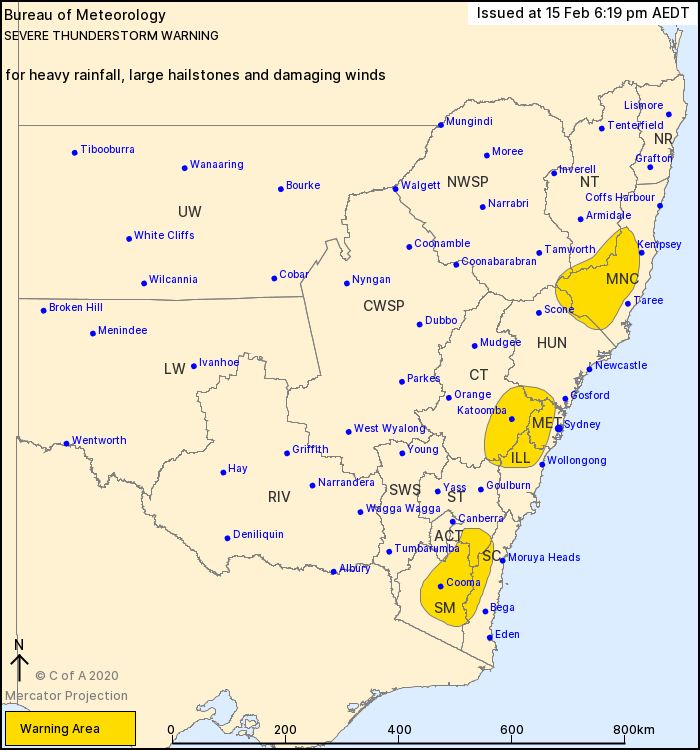