Severe thunderstorms are likely to produce damaging winds, large hailstones and intense rainfall that may lead to dangerous and life-threatening flash flooding in the warning area over the next several hours. Locations which may be affected include Tibooburra, Wilcannia, White Cliffs, Wanaaring, Broken Hill and Menindee. 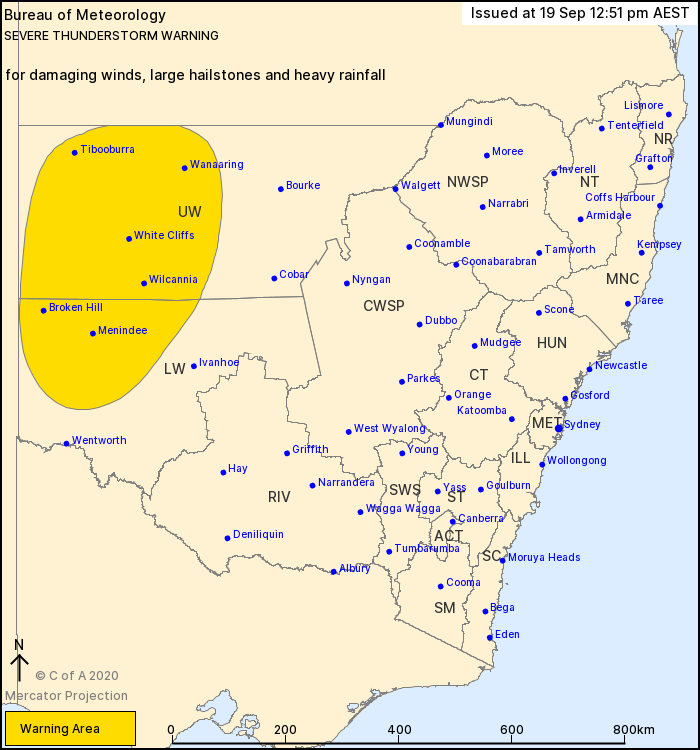