Severe thunderstorms continuing and developing across much of NSW.

Severe thunderstorms are likely to produce large, possibly giant hailstones and damaging winds over the next several hours in parts of the North West Slopes and Plains and Northern Tablelands districts. Locations which may be affected include Tenterfield, Liston, Emmaville and Ashford.

Severe thunderstorms are likely to produce damaging winds and large hailstones over the next several hours in the North West Slopes and Plains, Central West Slopes and Plains, Lower Western and parts of the Hunter, Illawarra, South Coast, Central Tablelands, Southern Tablelands, Riverina and Northern Tablelands districts. Locations which may be affected include Armidale, Tamworth, Moree, Dubbo, Parkes and Griffith.

Severe thunderstorms are no longer occurring in the Australian Capital Territory district and the warning for this district is CANCELLED. 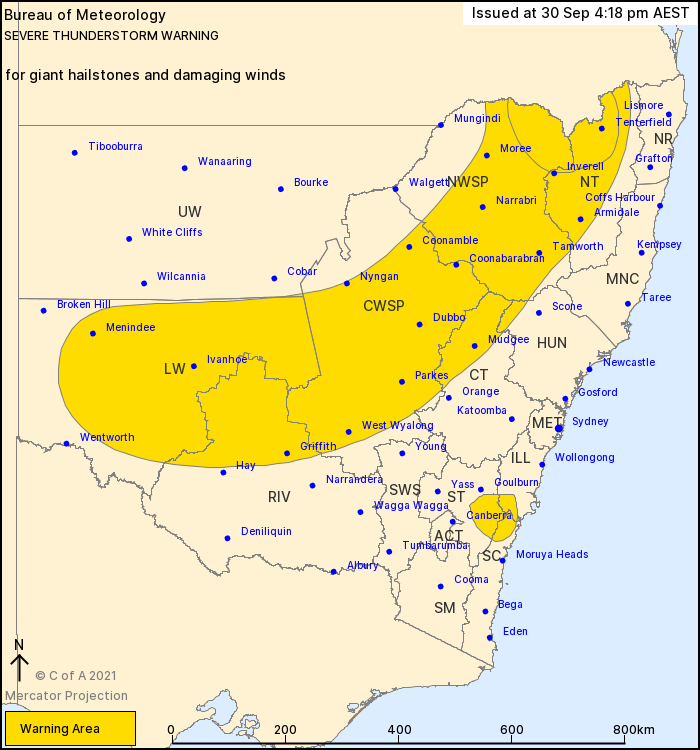