Weather Situation: A humid airmass over the far northeast is combining with strong winds associated with an upper trough and generating severe thunderstorms this afternoon.

Severe thunderstorms are likely to produce damaging winds, large hailstones and heavy rainfall that may lead to flash flooding in the warning area over the next several hours. Significant accumulations of small hail stones are also possible. Locations which may be affected include Lismore, Grafton, Murwillumbah, Casino, Kyogle, Rappville, Maclean, Copmanhurst, Coutts Crossing, Ulmarra, Brooms Head and Wooli.

Severe thunderstorms are no longer occurring in the Mid North Coast and Northern Tablelands districts and the warning for these districts is CANCELLED.

Hail to 5cm has been reported in Coffs Harbour and Casino this afternoon. 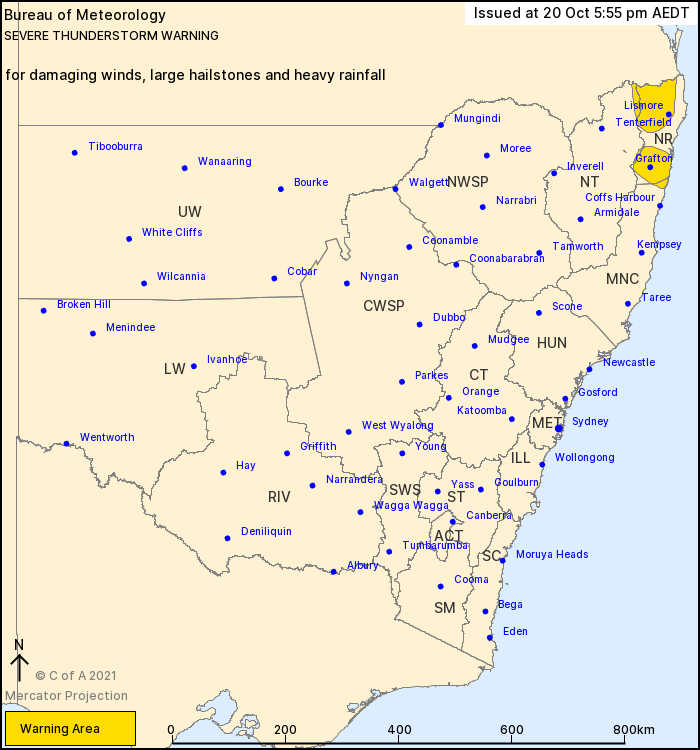