Weather Situation: very humid air is flowing from the north into a trough that lies across the interior. Some areas are expected to see heavy falls accumulate over the course of an hour or two.

Severe thunderstorms are likely to produce heavy rainfall that may lead to flash flooding, damaging winds and large hailstones over the next several hours in parts of the North West Slopes and Plains district. Locations which may be affected include Mungindi, Burren Junction and Collarenebri.

Severe thunderstorms are likely to produce heavy rainfall that may lead to flash flooding and damaging winds over the next several hours in the Mid North Coast, North West Slopes and Plains, Northern Tablelands and parts of the Hunter, Central West Slopes and Plains and Upper Western districts. Locations which may be affected include Taree, Scone, Armidale, Tenterfield, Tamworth, Gunnedah, Moree, Narrabri, Walgett, Coonabarabran, Coonamble and Lightning Ridge. 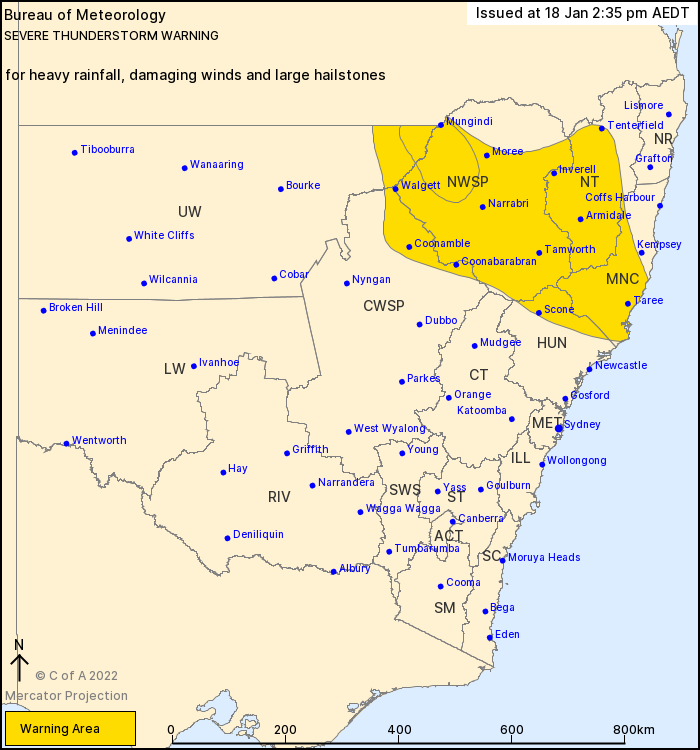