Severe thunderstorms are developing in the southeast of the state

Weather Situation: A southerly change in the southeast of the state is moving north and combining with strong winds associated with an upper trough, increasing the risk of severe thunderstorms this afternoon.

Severe thunderstorms are likely to produce damaging winds and large hailstones in the warning area over the next several hours. Locations which may be affected include Braidwood, Cooma, Bombala, Captains Flat, Bredbo and Nimmitabel. 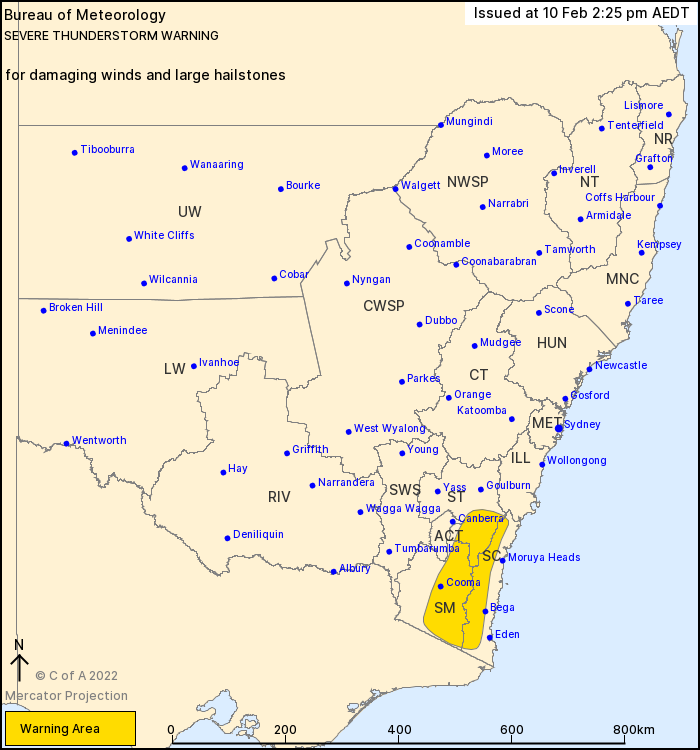