Issued at 5:08 pm Thursday, 10 February 2022.
Severe thunderstorms are continuing in the southeast of the state

Weather Situation: Some severe thunderstorms have been observed along the ranges along the south coast. Stronger winds aloft and a moderately humid airmass should maintain some of these storms.

Severe thunderstorms are likely to produce damaging winds and large hailstones in the warning area over the next several hours.

Locations which may be affected include Batemans Bay, Braidwood, Araluen and Nimmitabel. 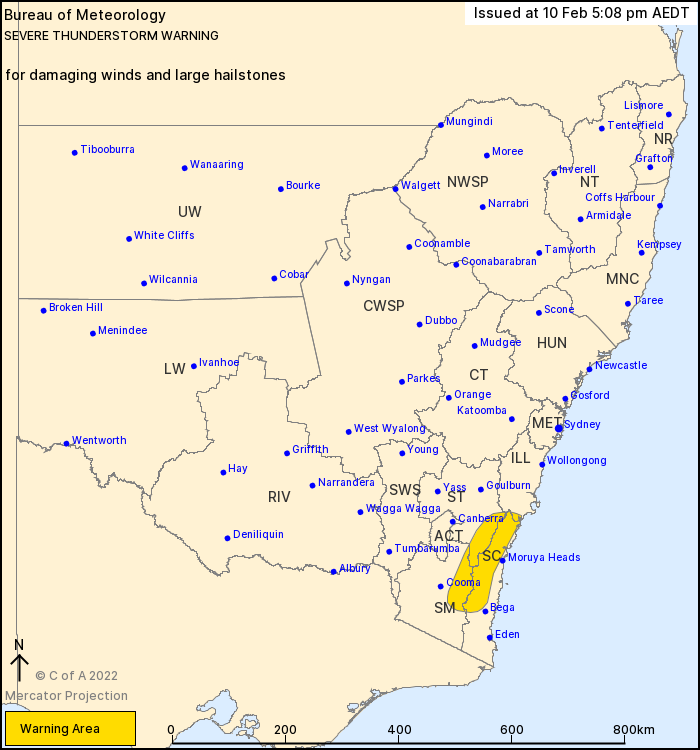