Potentially severe thunderstorms extending from the QLD/NSW border down through to Dorrigo.

Weather Situation: A surface trough is combining with an upper trough to support thunderstorm development over northeastern parts of the state.

Severe thunderstorms are likely to produce damaging winds and large hailstones in the warning area over the next several hours. Locations which may be affected include Lismore, Grafton, Casino, Kyogle, Maclean and Dorrigo. 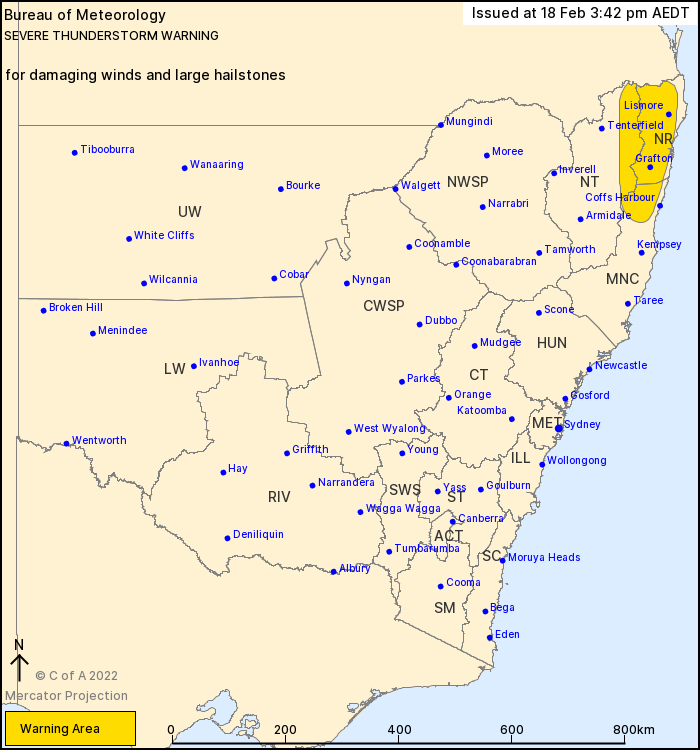