Issued at 4:46 pm Friday, 18 February 2022.
Potentially severe thunderstorms over the far northeast of the state.

Weather Situation: A surface trough is combining with an upper trough to support thunderstorm development over northeastern parts of the state.

Severe thunderstorms are likely to produce damaging winds and large hailstones in the warning area over the next several hours. Locations which may be affected include Lismore, Murwillumbah, Casino, Kyogle, Alstonville and Tabulam.

Severe thunderstorms are no longer occurring in the Mid North Coast district and the warning for this district is CANCELLED. 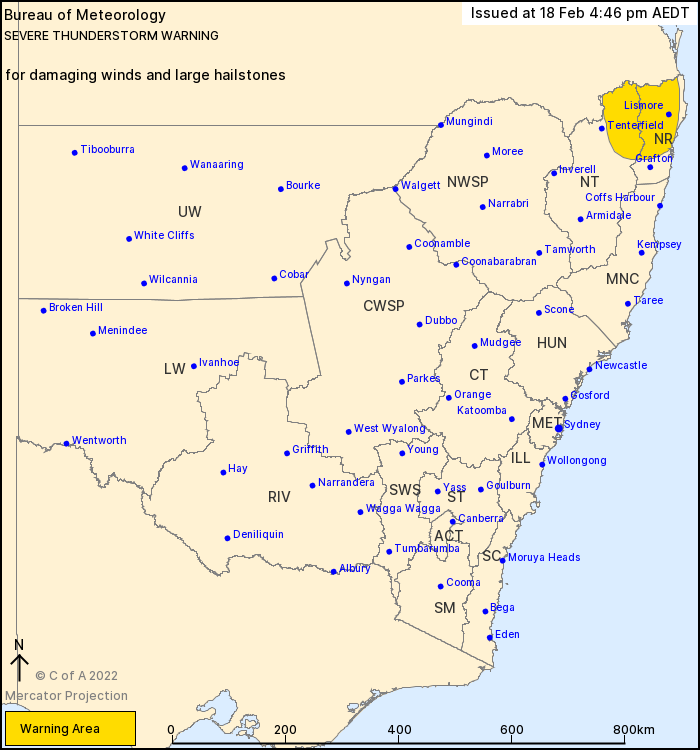