Issued at 4:52 pm Sunday, 13 March 2022.
Isolated thunderstorms continue into the afternoon, some of which are severe.

Weather Situation: strong upper-level winds are combining with low-level moisture to produce thunderstorms this afternoon, some of which are severe.
Severe thunderstorms are likely to produce damaging winds, large hailstones and heavy rainfall that may lead to flash flooding in the warning area over the next several hours.
Locations which may be affected include Condobolin, Nyngan, West Wyalong, Forbes and Lake Cargelligo.

Severe thunderstorms are no longer occurring in the Riverina district and the warning for this district is CANCELLED. 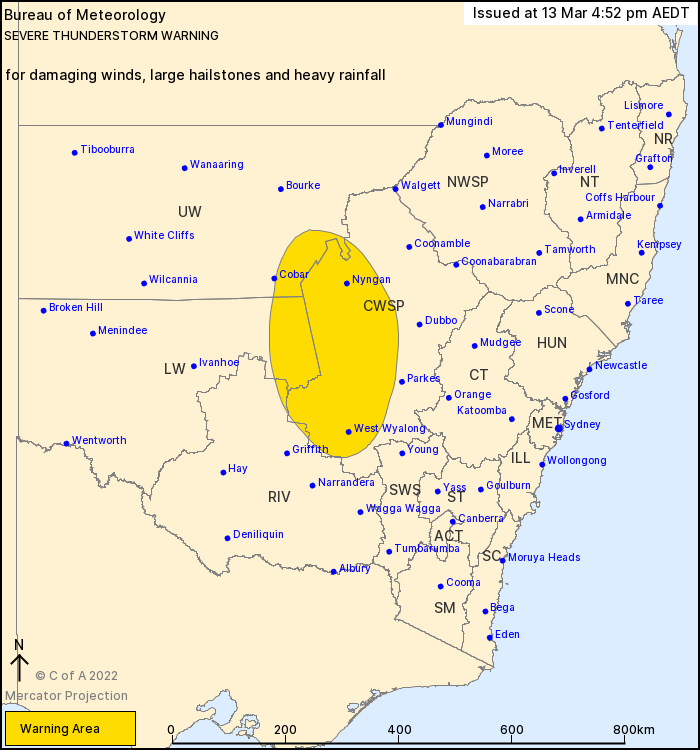