Strong to gale-force winds are affecting southeast New South Wales as a series of cold fronts skim across southeast Australia. The last of these fronts will clear the region later today, after which conditions will gradually ease.
DAMAGING WINDS, averaging 55 to 65 km/h, with gusts in excess of 90 km/h, are likely in parts of eastern NSW today.
For inland areas, the main threat is during the morning, possibly lingering into early afternoon before easing.

For the coast, areas south of Sydney may be affected in the morning and afternoon, while Sydney and north should see the windiest weather in the afternoon and early evening, before easing overnight. 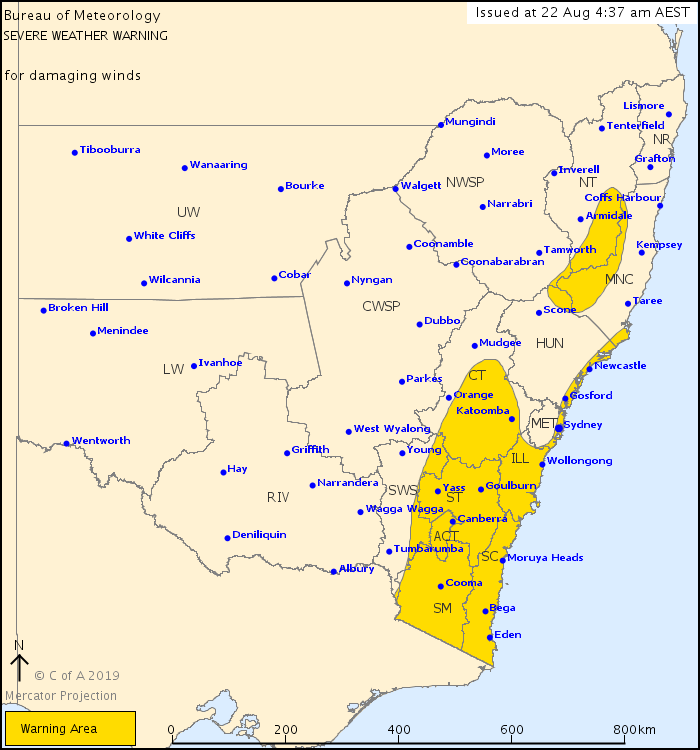