For people in parts of Hunter, Metropolitan, Illawarra and South Coast Forecast Districts.

Weather Situation: A complex low pressure system lies over the Tasman Sea. On Monday, a tough associated with this low will move northwards along the New South Wales Coast, bringing a resurgence of gusty south to southwesterly winds to coastal areas.

Winds are expected to ease early Tuesday morning as the trough moves away.

Locations which may be affected include Sydney, Newcastle, Gosford, Wollongong, Port Kembla, Kiama, Huskisson and Ulladulla. 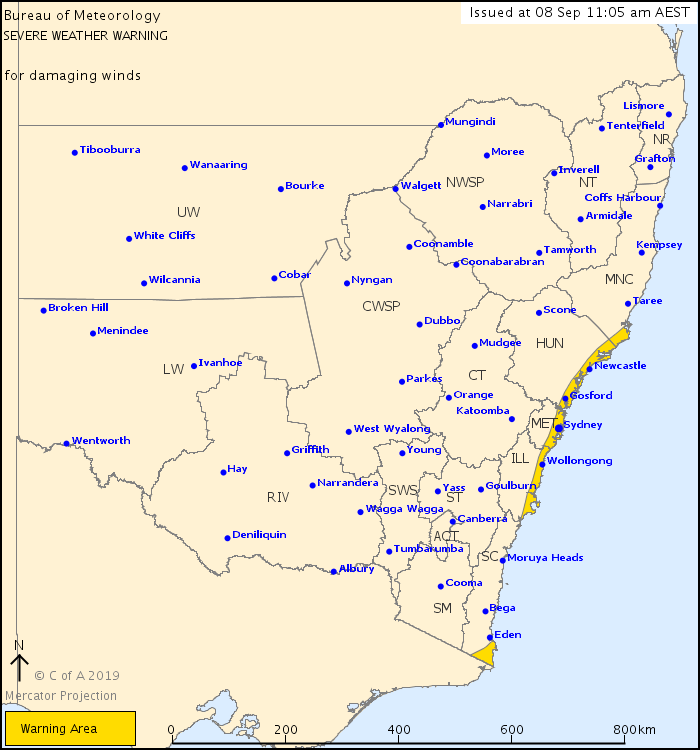