For people in parts of Hunter Forecast District.

Weather Situation:
A small low pressure system has formed off the Hunter coastline and is slowly moving towards the coast. Gusty winds and times of some intense rainfall will build by later this evening and into early Wednesday morning.

DAMAGING WINDS, averaging 60 to 70 km/h with peak gusts in excess of 90 km/h are likely for exposed areas of the Hunter coastline

Winds will ease by Wednesday morning as the low weakens.

Locations which may be affected include Newcastle, Gosford, Toronto, Morisset, Wyong and The Entrance. 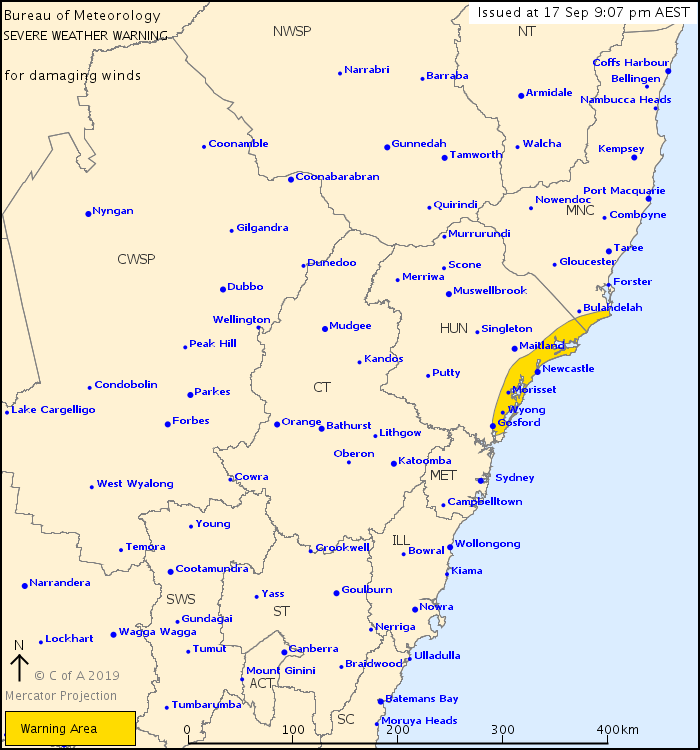