VIGOROUS WINDS ON THE SOUTHERN RANGES ON FRIDAY

Vigorous west to northwesterly winds are expected to develop over the high country of southeastern New South Wales late Thursday or early Friday, ahead of an approaching cold front. The front is forecast to move across the state on Friday.

For areas above 1900 metres, DAMAGING WINDS, averaging 80 to 90 km/h with peak gusts in excess of 110 km/h are expected to develop late Thursday night or early Friday morning.

For remaining areas below 1900 metres, DAMAGING WINDS, averaging 60 to 70 km/h with peak gusts in excess of 90 km/h are possible over elevated parts of Monaro, Southern Tablelands, and Illawarra between the morning and the early afternoon on Friday.

Winds are forecast to gradually ease during the later part of the afternoon on Friday as the front moves further east.

Locations which may be affected include Goulburn, Braidwood, Nimmitabel, Nerriga, and higher peaks about Perisher Valley, Charlotte Pass and Thredbo. 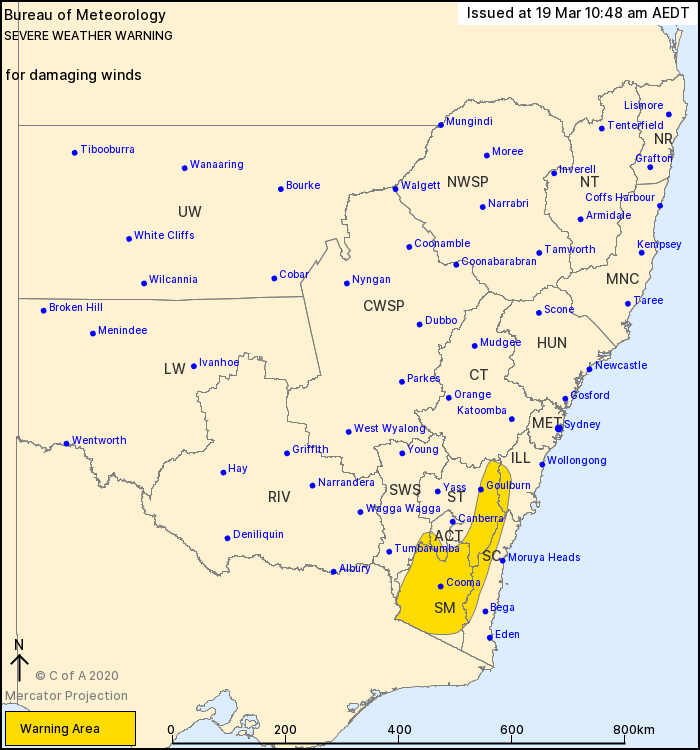