DAMAGING WIND GUSTS in excess of 90 km/h are possible with gusty showers across the Southwestern Slopes, Riverina and southern parts of the Central West Slopes and Plains during Friday.

Locations which may be affected include Thredbo, Nowra, Canberra, Goulburn, Wagga Wagga, Griffith and Hay. 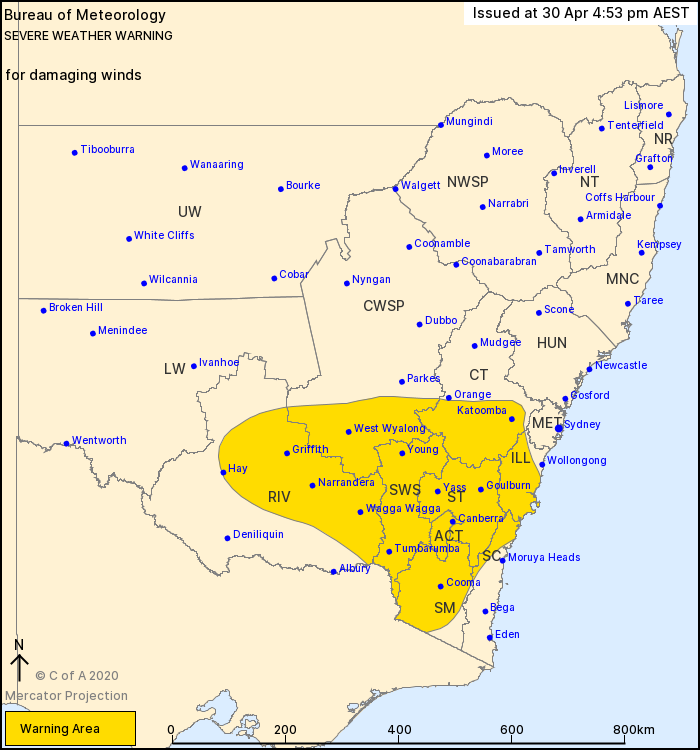