For people in parts of Snowy Mountains Forecast District.

An approaching cold front is forecast to generate vigorous northwesterly winds over the southern Alpine peaks from later this evening. Conditions are expected to ease following its passage during Tuesday afternoon.

DAMAGING WINDS, averaging 80 to 90 km/h with peak gusts in excess of 120 km/h are possible for Alpine areas above 1900 metres from late Monday evening.

Winds are expected to ease later Tuesday afternoon or in the early evening following the passage of the cold front.

Locations which may be affected include Thredbo Top. 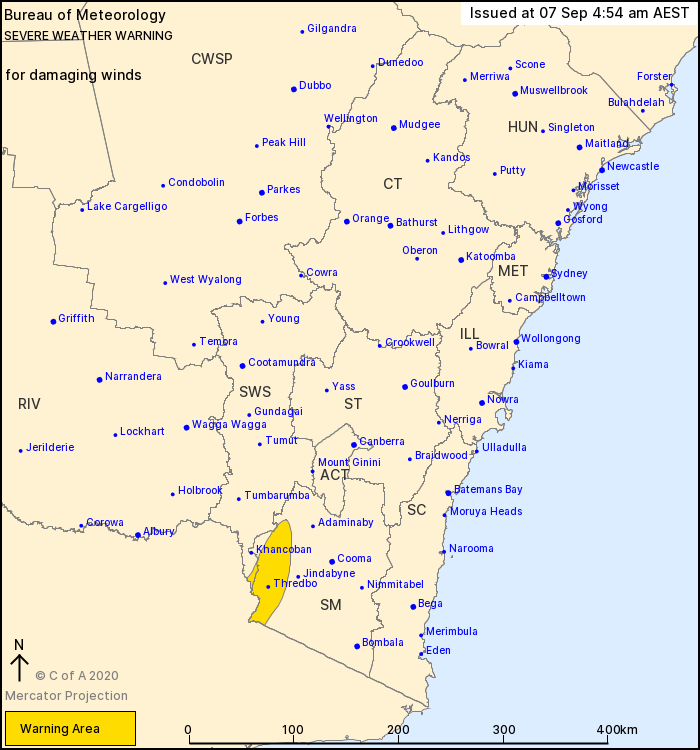