Weather Situation: A complex low pressure system over the Southern Ocean will move slowly east this week. A series of associated troughs will bring surges of westerly winds across the state, initially on Wednesday with a second expected later in the week.

DAMAGING WINDS, averaging 60 to 70 km/h with peak gusts in excess of 90 km/h are possible from late Wednesday morning about peaks of the Alpine district and ACT, extending to areas of the Southern Tablelands during the afternoon.

DAMAGING WINDS, averaging 70 to 80 km/h with peak gusts in excess of 125 km/h are possible from early Wednesday morning.

BLIZZARDS are possible throughout Wednesday about the Alpine district.

Winds are expected to ease late on Wednesday evening or early Thursday morning. 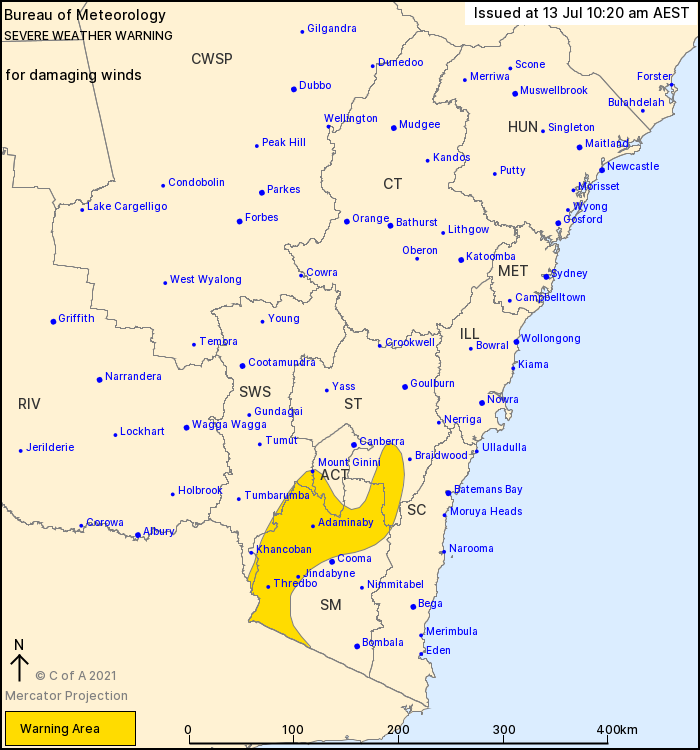