VIGOROUS WINDS ACROSS THE EAST.

The threat of damaging winds will ease by late Saturday into possibly early Sunday morning.

Locations which may be affected include Cessnock, Maitland, Sydney, Wollongong, Nowra, Bowral, Armidale, Katoomba and Goulburn.

Severe weather is no longer occurring in the South Coast, South West Slopes, Lower Western, Snowy Mountains and Australian Capital Territory districts and the warning for these districts is CANCELLED.

Since 9am Saturday Peak Wind Observations include: 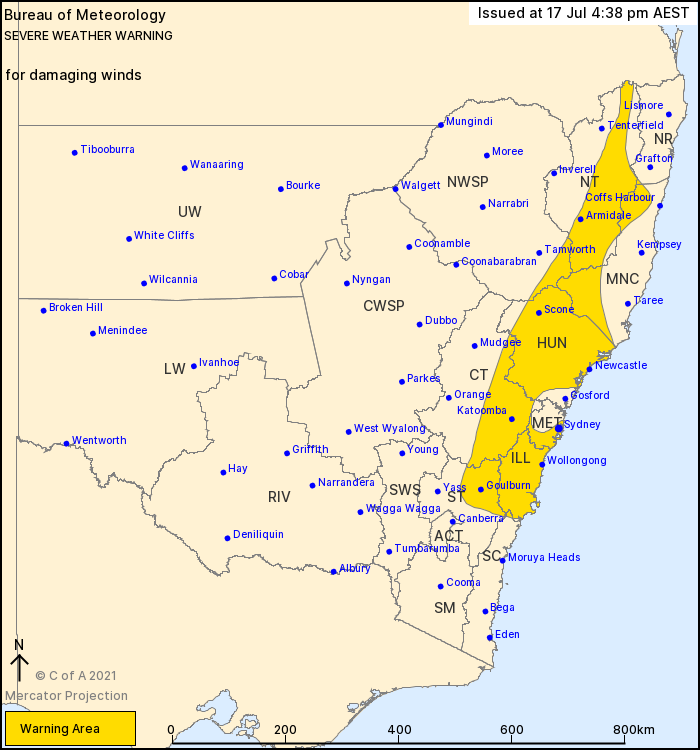