VIGOROUS WESTERLY WINDS IN THE EAST DURING THE WEEKEND.

A cold front is forecast to cross the eastern parts of the state during late Saturday and early Sunday. Vigorous westerly winds ahead and behind this front will develop in many parts of the east late this afternoon and evening, continuing through Sunday and easing into Monday morning.

DAMAGING WINDS, averaging 60 to 70 km/h with peak gusts in excess of 90 km/h are possible over the Southern Alpine and parts of the South West Slopes from Saturday afternoon.

Conditions are forecast to ease later into Sunday night or into early Monday morning as the cold front moves further into the Tasman Sea.

BLIZZARDS are expected to develop from Saturday afternoon above 1500 metres with blowing snow. BLIZZARD conditions are forecast to retreat to areas above 1800 metres from Sunday evening. 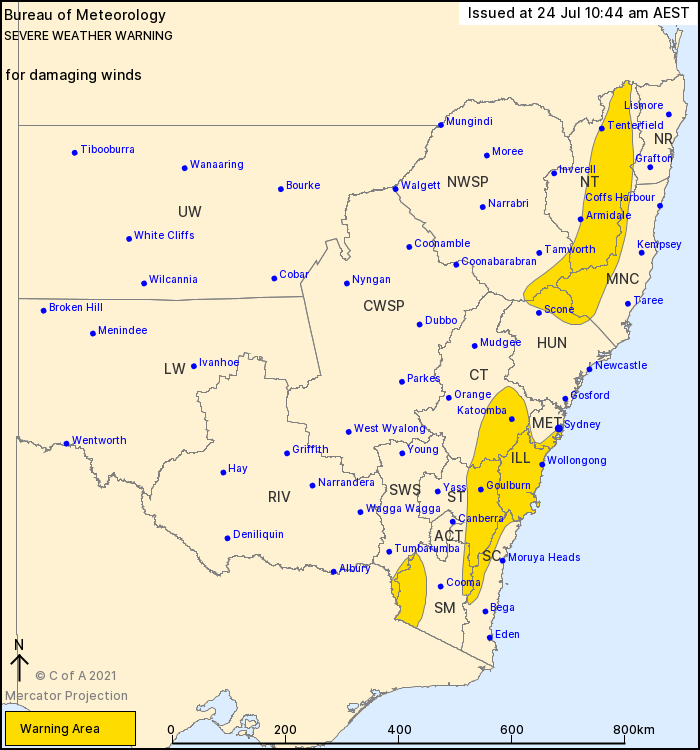