Heavy rainfall with embedded storms over the Upper Western tonight through Wednesday morning.

Weather Situation: A trough extends from a low embedded in the monsoon trough over northern Western Australia southwards into northern South Australia and southwestern Queensland. Convergence in an environment with significant tropical moisture will lead to widespread heavy rainfall with embedded thunderstorms.

HEAVY RAINFALL which may lead to flash flooding is forecast to continue over northwestern New South Wales overnight tonight and during Wednesday morning. Six-hourly rainfall totals between 40-70 mm are possible.

Locations which may be affected include Bourke, Wanaaring, Lightning Ridge, Brewarrina, Goodooga and Enngonia. 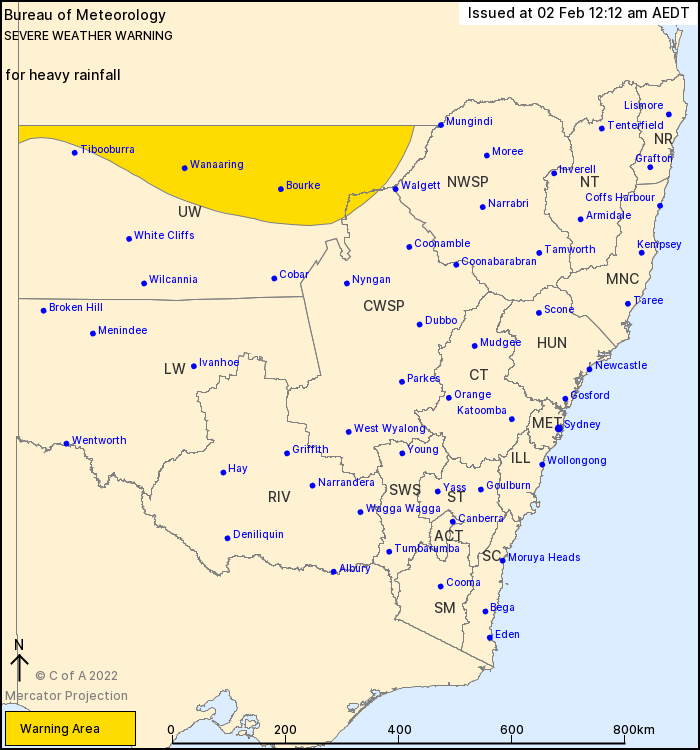